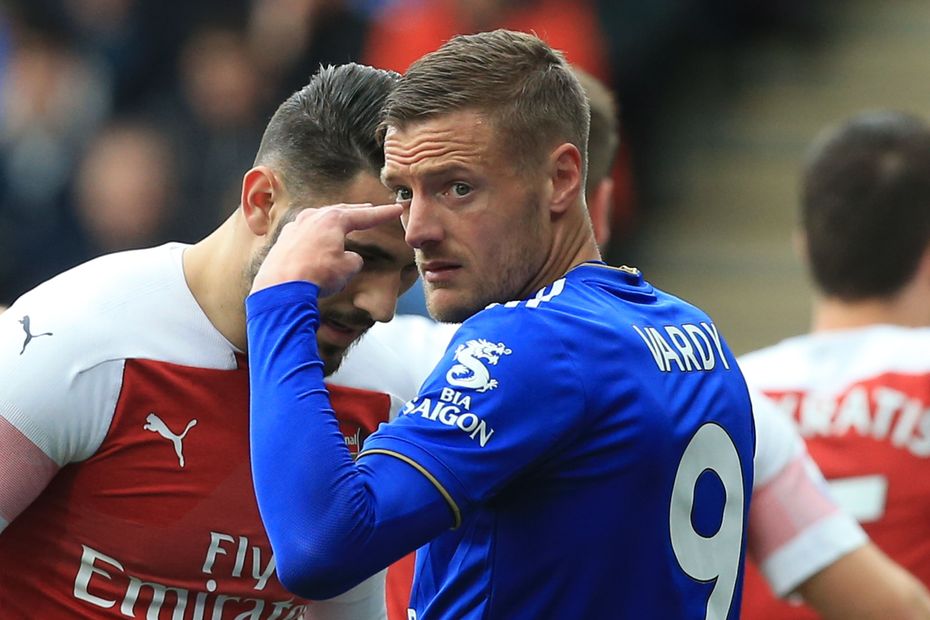 Jamie Vardy (£9.0m) extended his prolific end to the Fantasy Premier League season with his two-goal haul against Arsenal.

The Leicester City talisman is now the fourth highest-scoring forward in FPL after claiming 13 points in Sunday’s 3-0 win over the Gunners.

Vardy endured a slow start to 2018/19 with Claude Puel in charge.

In the first 28 Gameweeks, he managed just nine goals and three assists.

But the striker’s form under new manager Brendan Rodgers has been remarkable.

Only one other forward in FPL, Ayoze Perez (£6.2m), has scored more than four goals in that period.

The Newcastle United striker has found the net on seven occasions.

Only 9.8 per cent of managers own him ahead of his trip to Manchester City next Monday and his home meeting with Chelsea in Gameweek 38.

But his record against both opponents is encouraging.

Vardy has four goals and an assist in his last five Premier League meetings with Man City.

And he has two goals in his last three matches against Chelsea, including the winner at Stamford Bridge in Gameweek 18.

Revitalised under the tactics of Rodgers, Vardy looks set to be a big factor in the Foxes' final two matches.