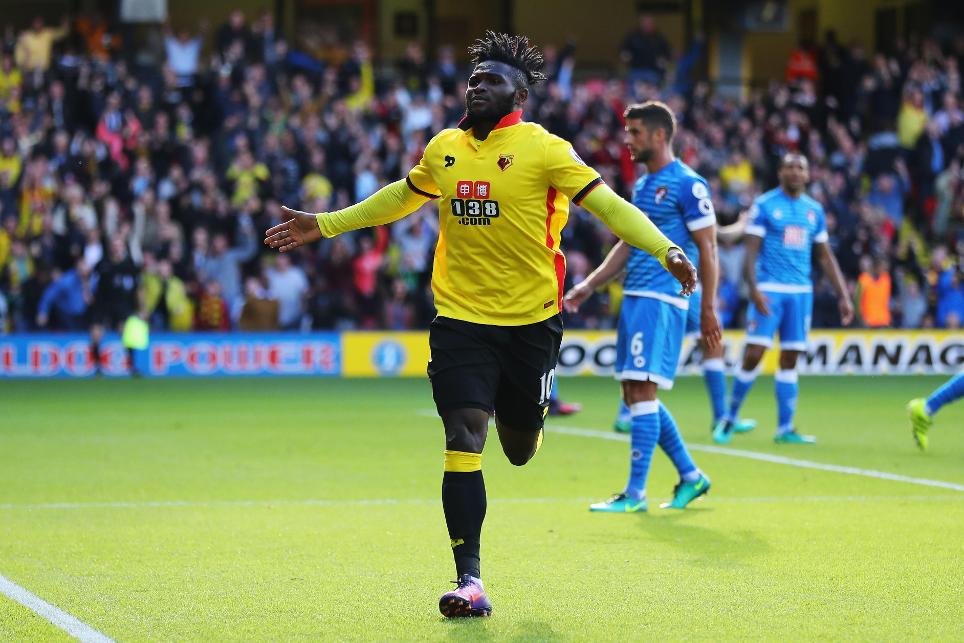 Isaac Success is in contention to start his first Premier League match for Watford when they travel to Middlesbrough on Sunday.

The Nigeria striker has made five appearances as a substitute this season but Walter Mazzarri may give the 20 year-old, who scored against AFC Bournemouth on his last outing, his first-team bow.

"He is adapting well to the Premier League," Mazzarri told watfordfc.com. "Every time he has come he has been one of the best players."

Miguel Britos and Valon Behrami are expected to be fit, but Craig Cathcart will likely miss out along with long-term absentees Daryl Janmaat, Stefano Okaka and Brice Dja Djedje.

Aitor Karanka is looking for Middlesbrough to repeat the standard shown in their 1-1 draw with West Ham United last time out.

"After three defeats the way we played with the right attitude and the right organisation showed everyone that we can compete at this level," Karanka, whose players all returned from international duty injury-free, told mfc.co.uk.