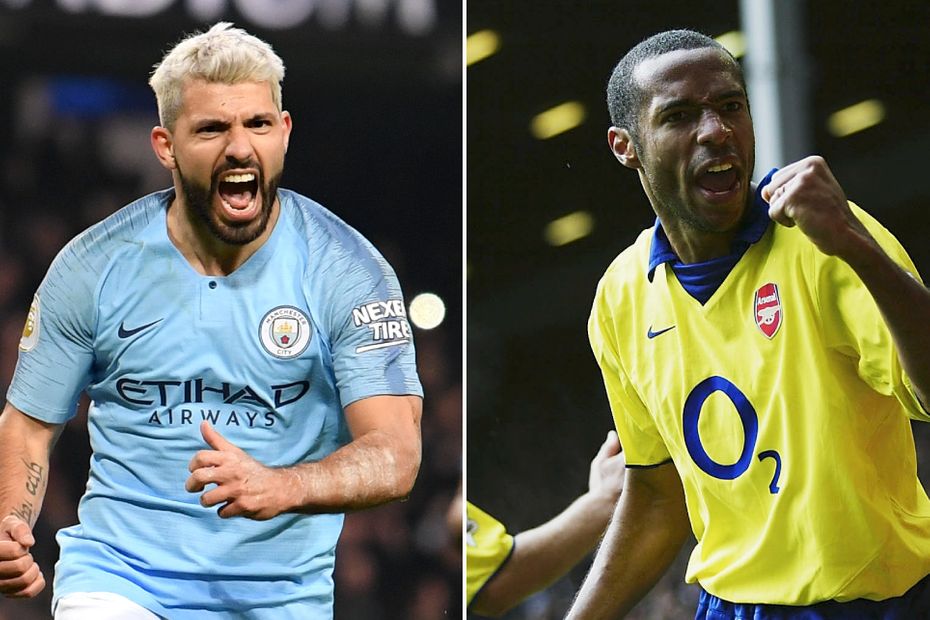 With the chance to fire his side back to the top of the Premier League table with a win over Tottenham Hotspur on Saturday lunchtime, Sergio Aguero needs no further incentive to get on the scoresheet.

But if the Manchester City striker does find the net, it would put him in an elite club.

Aguero is one goal away from scoring at least 20 times in a fifth consecutive PL season.

The only other player to have scored 20 goals in at least five Premier League seasons is Alan Shearer.

The competition's all-time leading goalscorer beat the 20-goal barrier in seven different campaigns, four of which were consecutive, on the way to his total of 260 strikes.

As the co-leader in the race for the Golden Boot, Aguero will be confident of adding to his 19 goals at the Etihad Stadium on Saturday.

Yet if he is to match the achievement of Henry, whose 175 PL goals are just 13 more than Aguero's total, he will have to end a barren run against Spurs in the Premier League.

After scoring 10 times in his first seven league appearances against the north Londoners, he has since failed to breach their defence in six matches in the competition.

He did, however, net against them in the UEFA Champions League on Wednesday night, a feat he will hope to repeat.