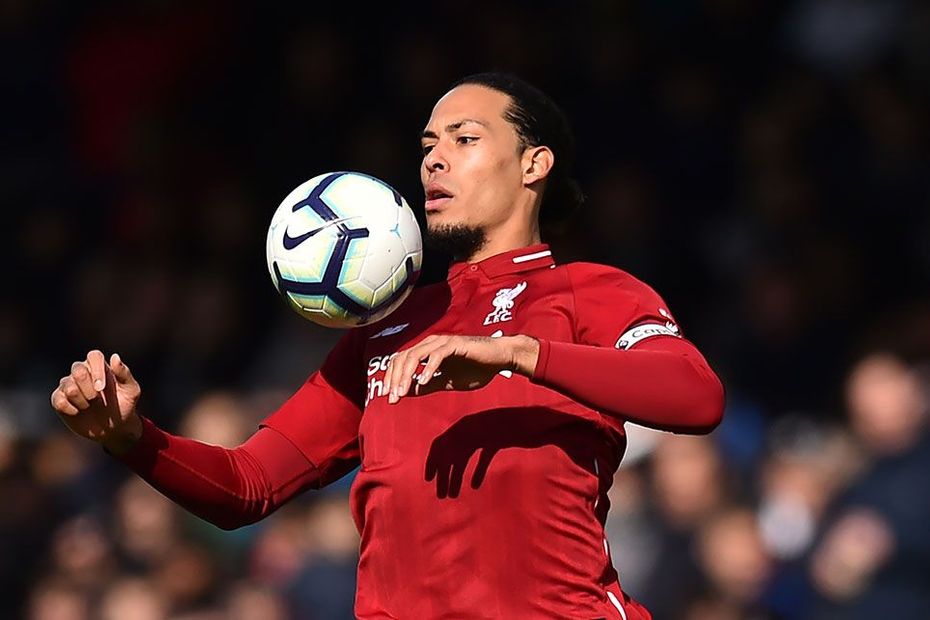 Inside Training: Reds get set for action in Melwood sunshine External Link

Virgil van Dijk has enjoyed an imperious campaign at the heart of Liverpool's vastly-improved defence.

In this campaign, with only five matches remaining, Jurgen Klopp's team have only let in 20 goals.

Van Dijk cannot take sole credit for this but his consistent excellence has made a positive impact on those around him.

From an individual standpoint his displays have been the best we have seen from a Premier League centre-back in recent years.

With no obvious flaw to exploit, Premier League forwards have struggled to get the better of him.

Van Dijk's record in duels, both in the air and on the ground, tells its own story.

Van Dijk's fitness and discipline have been as reliable as his form. He has missed only 35 minutes of Liverpool's entire campaign and collected one yellow card.

On the ball he is also Liverpool's best passer.

Van Dijk is Liverpool's principal distributor from range. Boasting 63.4 per cent accuracy, he bypasses opponents superbly to set up attacks.

This was shown with his delivery for Sadio Mane's goal at Bayern Munich in the UEFA Champions League.

Predictably, his other defensive stats dwarf those of his fellow Reds defenders too.

Van Dijk has made 178 clearances, with Joel Matip next on 65, while the Dutchman's 17 blocks are 10 more than Matip's next-best total of seven. He has also made 38 interceptions, with Trent Alexander-Arnold next on 29.

Remarkably, not a single opponent has successfully dribbled past Van Dijk in 2018/19.

Players yet to be dribbled past

Eden Hazard will surely attempt to break that duck when Chelsea travel to Anfield this Sunday.

But as it stands, from players who have featured for at least 200 minutes, Van Dijk is one of only six to boast this feat.

When you analyse his game time and take his position into account, it is clear that Van Dijk is in a league of his own on that list.

Helping to keep at least five clean sheets alongside three different centre-back partners, he has been absolutely formidable.

If Liverpool can end their Premier League Trophy drought this season, Van Dijk will be one of the main reasons why.