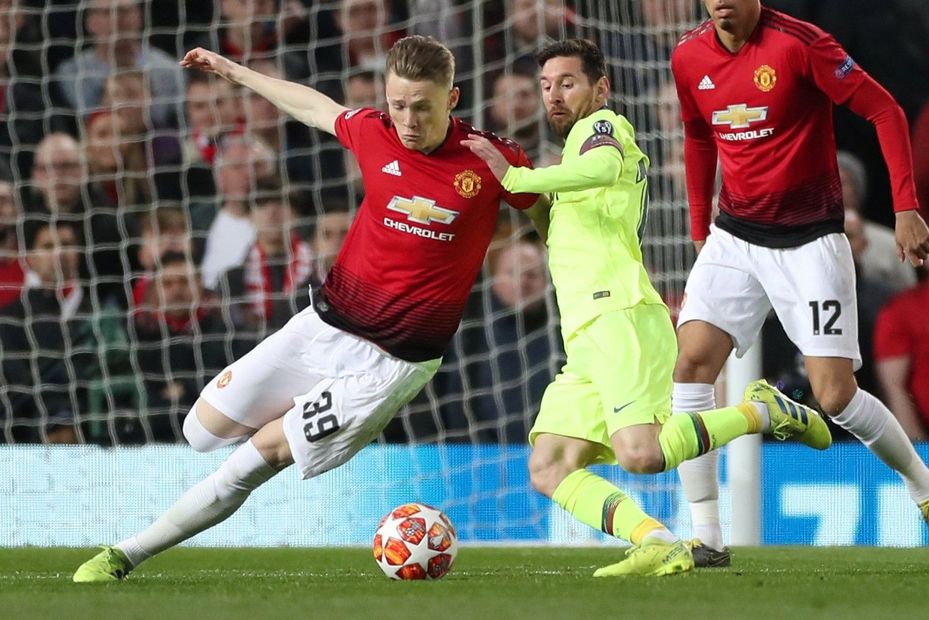 Solskjaer: We can score at the Nou Camp External Link

Scott McTominay says Manchester United can inflict upon Barcelona a first home defeat in 31 UEFA Champions League matches to progress to the semi-finals of the competition.

The only goal in the first leg of United's quarter-final against the LaLiga leaders came in the 12th minute at Old Trafford, as Luis Suarez's header glanced off Luke Shaw to go into the far corner.

But McTominay, who impressed in midfield against Ivan Rakitic and Sergio Busquets, believes it is too early to say the tie is over.

"It's only half-time," the 22-year-old said. "We are Manchester United and you can never write us off."

Man Utd can take heart from overcoming a 2-0 home deficit in the previous round, beating Paris Saint-Germain 3-1 at the Parc des Princes to reach the last eight.

"The PSG performance away gives us belief that we can do it," Man Utd manager Ole Gunnar Solskjaer said. "But we know we're probably playing against the favourites in the tournament."

Before next Tuesday's trip to Barcelona, the Red Devils resume their quest for a top-four finish in the Premier League at home to West Ham United on Saturday.