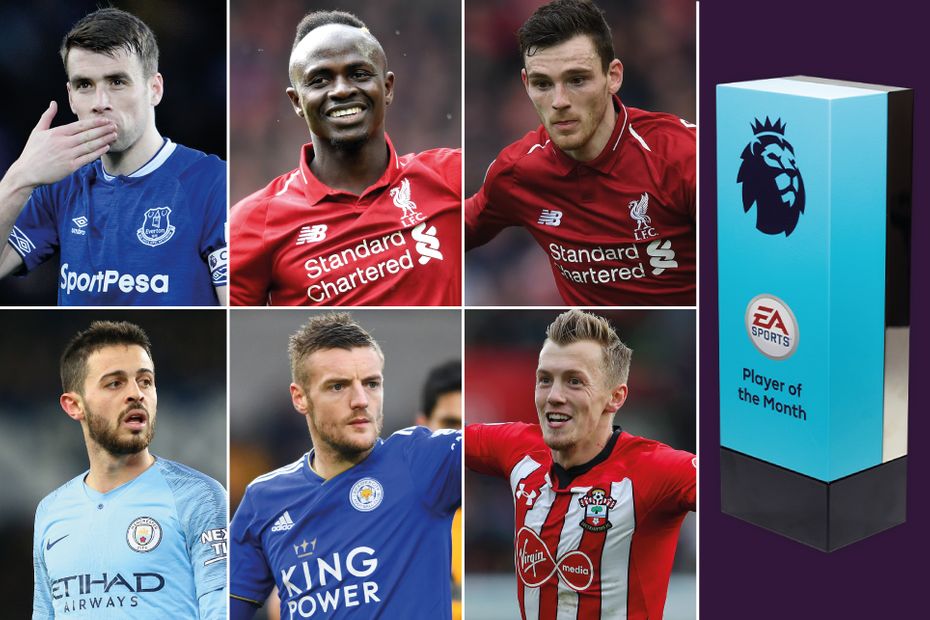 Six players have been nominated for the EA SPORTS Player of the Month award for March.

Fans voted for their favourite on the EA SPORTS website, with the votes of the public then combined with those of the 20 club captains and a panel of football experts to decide the winner.

Everton did not concede in the three matches Coleman played in March, including shutouts against Liverpool and Chelsea, and the right-back provided an assist for Bernard in the 2-0 win at West Ham United.

The Senegalese winger continued his fine goalscoring form, netting twice against Burnley as well as the opener at Fulham to put himself in the race for the Golden Boot on 17 goals.

One of Liverpool’s most consistent performers, Robertson continued to impress at both ends, providing his ninth assist of the season for Roberto Firmino against Tottenham Hotspur.

The Portuguese played every minute in the Premier League for City in March, helping them to a perfect month while providing a goal and an assist in the 2-0 win over Fulham.

Vardy was revitalised under Brendan Rodgers, continuing his habit of scoring the first goal of the new Leicester City manager's reign, before netting three more in the month and adding an assist.

Ward-Prowse continued to be the lynchpin of the Ralph Hasenhuttl-led revival, scoring two brilliant free-kicks and providing unrivalled energy to the Southampton team in midfield.