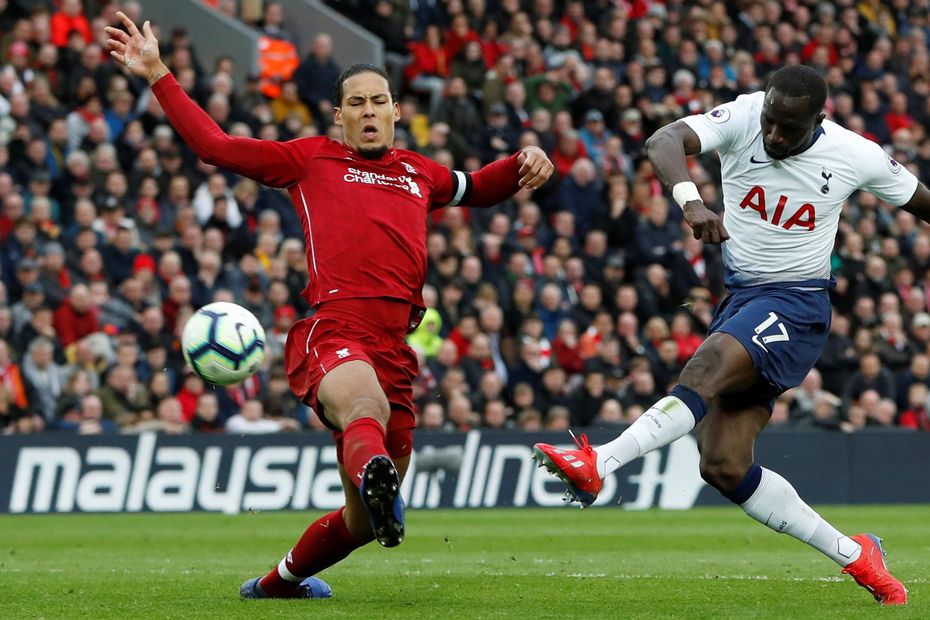 Virgil van Dijk's performance for Liverpool against Tottenham Hotspur on Sunday could prove to be crucial for their Premier League title challenge, according to Alan Shearer.

In the closing stages of the match at Anfield and with the scores level at 1-1 Van Dijk found himself having to contend with two Spurs midfielders bearing down on him on the counter-attack.

The Dutchman expertly forced Moussa Sissoko on to his weaker foot, cutting out the pass to Son Heung-min and pressuring him to miss his chance to give Spurs the lead.

Instead it was Liverpool who went on to win the match in added time and keep their title hopes alive.

"Van Dijk's defending and decision-making was immense," says Shearer, who has included the Liverpool centre-back in his Team of the Week. "The moment he let Sissoko shoot instead of Son proved a turning point in the match."

🚨 @alanshearer's #PL Team of the Week for Matchweek 32 has landed

Kept a clean sheet and made a very good save at 1-0.

Handled a huge match with such confidence and helped his team to a clean sheet and three massive points.

Van Dijk's defending and decision-making was immense. The moment he let Sissoko shoot instead of Son proved a turning point in the match.

The Clarets' centre-back defended very well in a solid performance.

He made timely tackles, a goal-saving block and was unstoppable going forward in the first half. He is having a great season.

A good goal and some wonderful trickery. He was a real force for Everton.

Dominated the midfield for Everton.

The Portuguese was simply outstanding in a very comfortable win for Manchester City.

Another strong performance was marked by an assist in a huge win for Saints.

Another goal under Brendan Rodgers who, unlike his previous manager, is clearly getting the best out of him. Rejuvenated.

A very good goal and performance in helping his side clinch a massive three points. A promising future awaits.

The transformation of Southampton under Hasenhuttl has been remarkable. Brighton is a hard place to go but the Austrian masterminded three crucial points here.