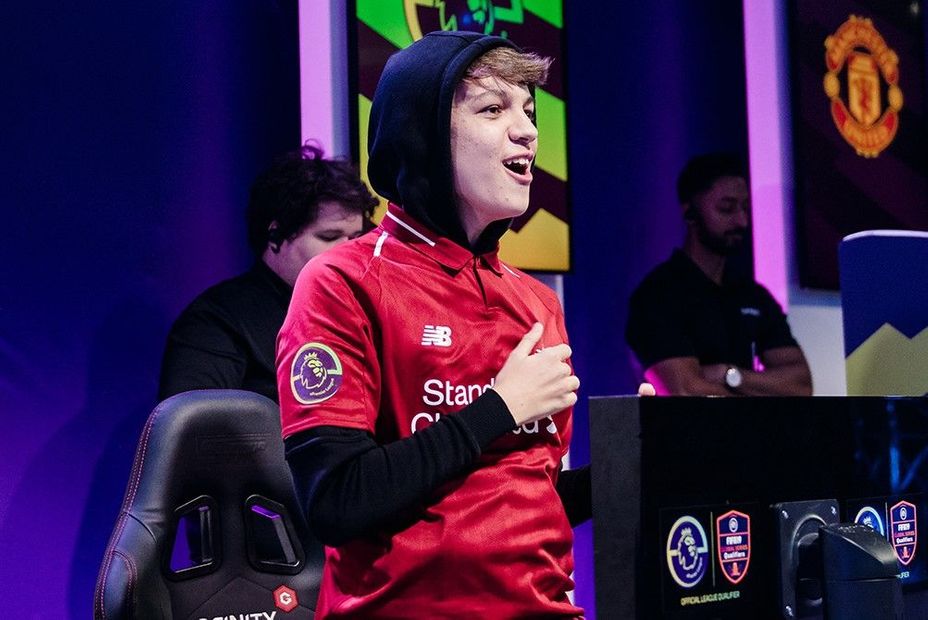 Mendes, 16, had stunned the world No 1 by going 2-0 up in the first leg, but after a late formation tweak, Liverpool's Hunt struck back with two stoppage-time strikes to grab a 2-2 draw.

In his sixth consecutive tournament final, Hunt pressed his opponent in the second leg, before Eden Hazard put Liverpool 3-2 up on aggregate.

But Mendes did not relent as a goal from Son Heung-min forced extra-time.

The final looked all set for penalties before Dominic Calvert-Lewin's towering header in the second minute of added time won it for Hunt.

It set up a Grand Final against PlayStation champion Kyle Leese (KyleLeese_), of Manchester United.

"That's the craziest game I've ever played in," Hunt said. "I started really slow in the first leg, but got two goals late.

"Here we are again, Grand Final. Like I say, anyone but United, so let's go."

"I think that's the craziest game I've ever played!"