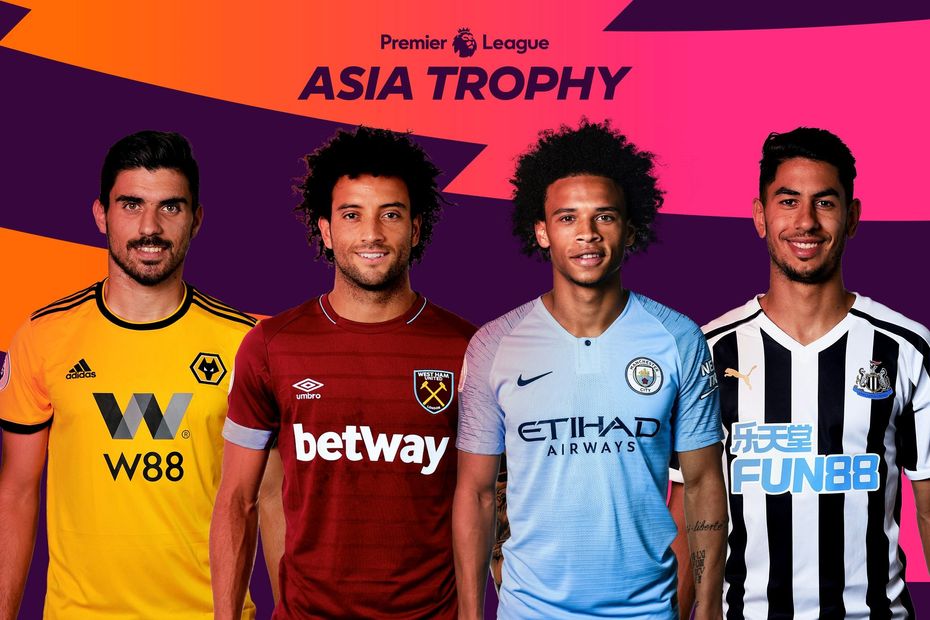 Manchester City, Newcastle United, West Ham and Wolves to compete in Nanjing and Shanghai in July

Man City are the first reigning Premier League champions to have been invited to take part.

In another first, the tournament will take place in two locations, Nanjing and Shanghai, giving more fans the opportunity to enjoy the Premier League experience and see a world-class line-up of players and managers.

All four teams will play in a double-header at Nanjing Olympic Sports Centre on Wednesday 17 July, followed by the third-fourth place playoff and the final, which will both be staged at Shanghai’s Hongkou Stadium on Saturday 20 July.

Ticket prices and on-sale dates will be announced shortly and the Premier League will continue its commitment to ensuring fans can attend matches at affordable prices.

PPSports will be the exclusive broadcaster for the Premier League Asia Trophy in China.

"We are delighted to be bringing the Premier League Asia Trophy to China this summer and playing in both Nanjing and Shanghai will be an exciting experience for the League and our clubs," Premier League Interim Chief Executive Richard Masters said.

"The fans in Asia always offer us an extremely warm welcome and terrific support, and we look forward to seeing them in July.

"In Manchester City we have the reigning Premier League champions competing for the trophy, along with three other excellent clubs in Newcastle United, West Ham United and Wolverhampton Wanderers.

"I have no doubt the fans can expect some competitive and thrilling Premier League action."

This will be the ninth edition of the tournament and the second to be held in mainland China, after Beijing hosted it in 2009.

Man City are making their third appearance, having won the trophy in 2013. Newcastle are taking part for the second time after featuring in the inaugural competition in 2003, as are West Ham, who participated in 2009.

It will be a debut appearance for Wolves.