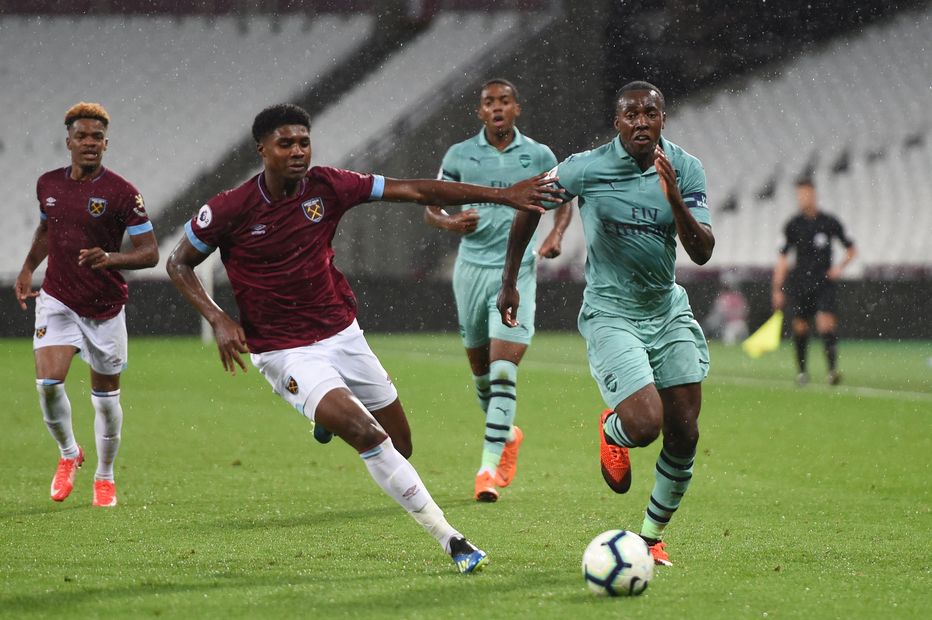 The battle for safety in Premier League 2 Division 1 is heating up, and if second-bottom West Ham United beat Arsenal in their next match then the Gunners will find themselves in the thick of a five-way fight to avoid the drop.

There are three matches remaining for all but two teams in Division 1, and when West Ham and Arsenal play their match in hand, it could hugely affect the battle at the foot of the table.

Last season, the Gunners clinched the PL2 title with victory against the same opposition. But the tables could be turned if 11th-placed West Ham, on 19 points, beat the champions, on 25 points in seventh, to leave them only three points above the relegation zone.

Manchester City, Blackburn Rovers and Tottenham Hotspur are also looking over their shoulders, while bottom club Swansea City will look for a winning run to stand any chance of staying up.

Swansea are seven points from safety and realistically need to win all their remaining matches to avoid relegation. Defeat at Brighton & Hove Albion in their next fixture, who are pushing for the Division 1 title, would confirm their relegation, but a victory would give them hope ahead of meetings with relegation rivals Spurs and Man City.

Key player Liam Cullen: He scored in both a win at Chelsea and a draw at Arsenal before their loss to West Ham last time out to give the Swans hope. The 19-year-old has eight goals and two assists in PL2 this season.

After their crucial meeting with Arsenal, West Ham face a tough run-in in which they host sixth-placed Leicester City and current leaders Everton either side of a trip to Derby County, in third.

Key player Daniel Kemp: Coming to form at the right time, the 20-year-old's five goals and one assist this season have come in the last five matches.

Spurs have the advantage of having two of their last three matches at home, including Blackburn, sitting a place above them on goal difference, and Derby in their first PL2 match at Tottenham Hotspur Stadium. Their penultimate match is a trip to Swansea.

Key player Jack Roles: The midfielder, 20, scored twice in a 2-1 win at Leicester last time out, and has registered five goals and three assists in PL2 this season.

Rovers' destiny is in their own hands. Following the trip to Spurs, they host a Man City side only two points and a place above them before wrapping up the season at fourth-placed Liverpool.

Key player Daniel Butterworth: The 19-year-old and two-time PL2 Player of the Month nominee this season has scored three goals from midfield in 2018/19.

Man City host Everton, who beat them 1-0 earlier in the season, before a potentially crucial trip to Blackburn and a final-day home fixture against Swansea.

Key player Ian Carlo Poveda: City have only won two of their last nine PL2 matches but the 19-year-old has scored or assisted in both victories. He has one goal and four assists to his name this season.

A victory against West Ham for the Gunners, who are unbeaten in their last five league matches, would move them nine points clear of the bottom two. They finish with three top-six opponents, Derby and Leicester at home either side of a trip to Chelsea.

Key player Xavier Amaechi: The 18-year-old has provided a league-leading six assists this season, as well as scoring three goals. He has claimed two goals and two assists in the last five matches.