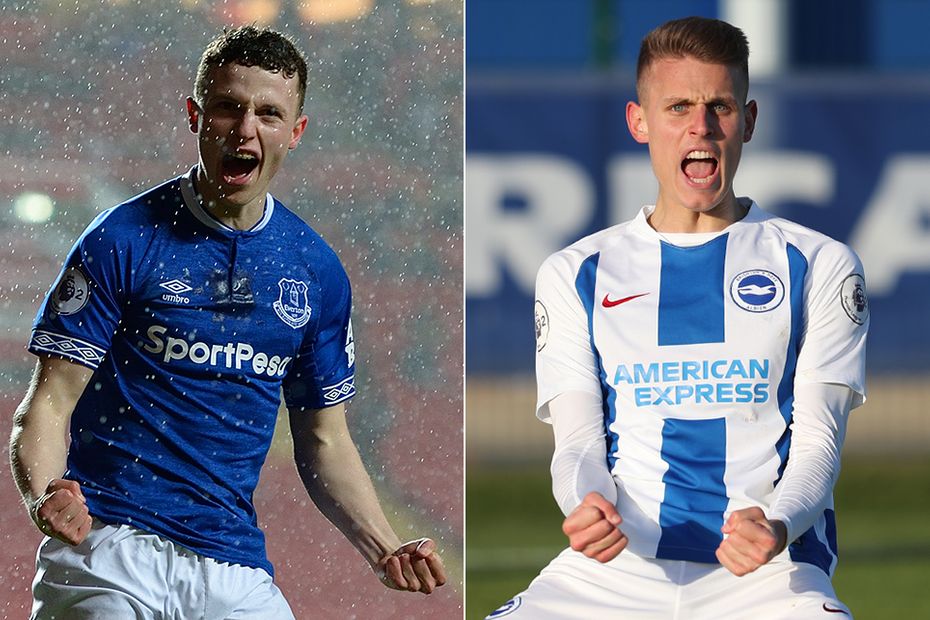 With only three matches to go, Everton are the clear favourites to be crowned the Premier League 2 Division 1 champions for the second time in three seasons.

But they could still be overtaken by Brighton & Hove Albion.

David Unsworth's team hold a four-point lead over Brighton thanks to four wins in the last five matches.

They could be crowned champions as early as 7 April when they face a Manchester City side who have won only one of their last seven league outings.

If Brighton lose against a Swansea City team fighting relegation on 5 April, victory over Man City would give Everton the title.

But if Brighton better the Toffees' result that week, they have a chance to go top when they travel to Everton on 15 April.

Everton have beaten Brighton once this season, winning 2-1 away, and know another victory in the reverse fixture would hand them the PL2 Trophy they won in 2016/17.

The battle could still go to the final day, on 29 April.

Brighton host Chelsea, who are currently fifth, while Everton travel to a West Ham United team who could still be battling the drop.

The winger (pictured above left) has been Everton's main source of goals in recent matches. Broadhead got both goals in Everton's 2-0 derby triumph at Liverpool earlier this month as well as the only goal at Swansea City.

In total, the 20-year-old has scored four goals and provided three assists this season and his attacking influence could be key for the run-in.

The 19-year-old Serb (pictured above right) has stepped up to fill the gap left by Division 1 top scorer Aaron Connolly's loan to Luton Town.

Radulovic has started all four matches since Connolly's move, scoring three times as the Seagulls claimed 10 points from a possible 12.