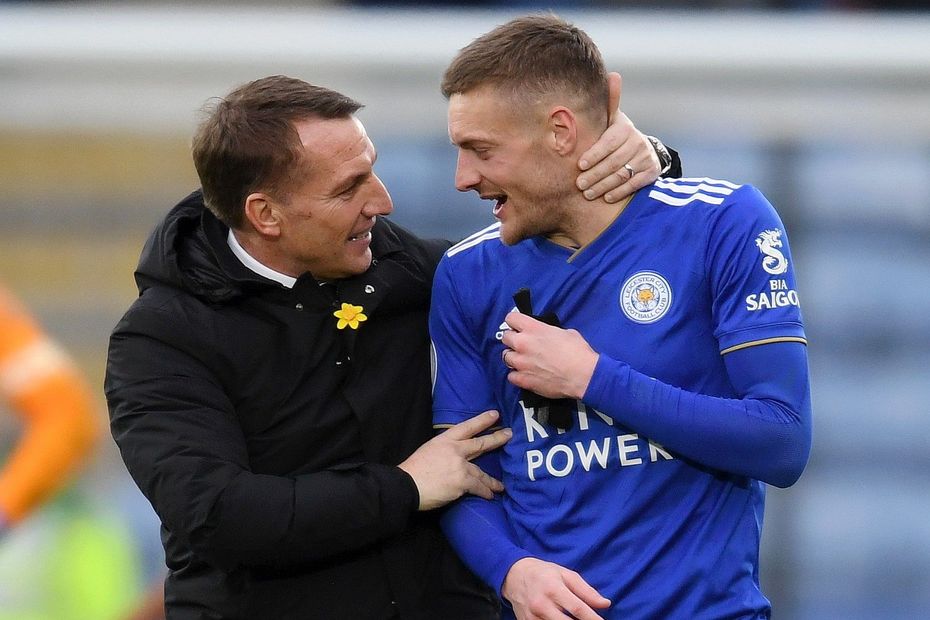 Early signs are that Brendan Rodgers wants to play to the strengths of Jamie Vardy.

That means Leicester City will look to win turnovers in good areas and move the ball quickly with incisive possession.

This fresh focus has benefited both Vardy and the Foxes ahead of Saturday's trip to Burnley.

In two matches under Rodgers, the striker has scored three goals and assisted another.

It is worth noting that three of those four goal contributions came from early passes, releasing the pacy 32-year-old in behind the opposition’s defence.

Tenacious off the ball

It was clear in both matches that Leicester’s midfielders were working harder and pressing higher than under previous manager Claude Puel.

Squeezing space and rushing opponents as they looked to pass out from the back, they forced mistakes to win possession in dangerous areas.

This was especially evident against Fulham, who conceded twice after losing possession under duress inside their own half.

In central areas, Leicester were far more aggressive than in Puel’s final match.

Rodgers has inherited a group of young players who can pass with confidence.

All are technically excellent and can supply Vardy with the passes he needs to be the most effective he can be.

Rodgers wants his players to be comfortable and dangerous when dominating possession.

Enjoying more possession, using short passes and generally being sharper all round, the new manager has tweaked the style quite dramatically and Burnley will be in for a tough challenge.