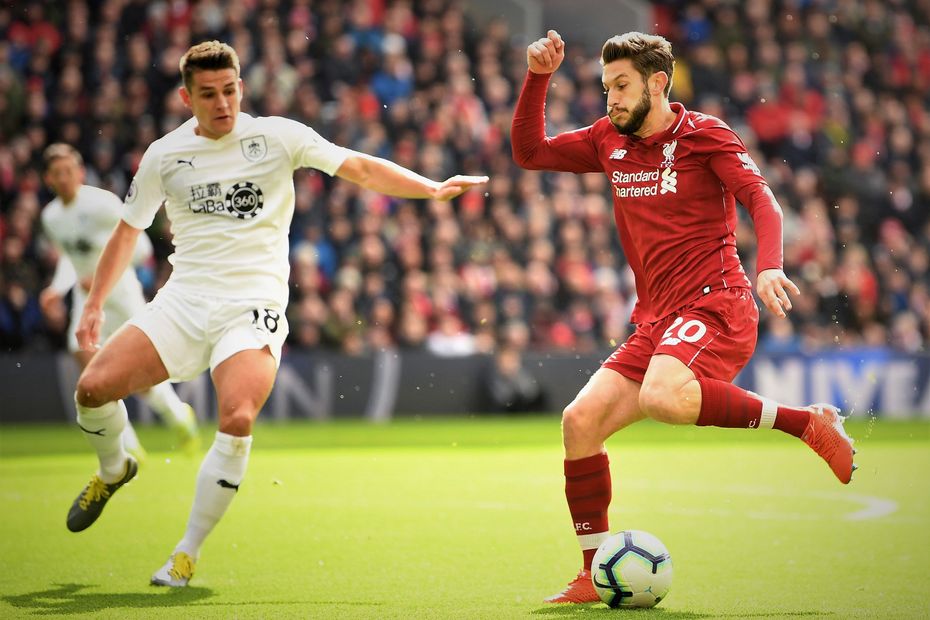 The aggression and energy Adam Lallana provided when Liverpool were counter-pressing in Sunday's 4-2 victory over Burnley was a "game-changer", according to his Jurgen Klopp.

After his dynamic display, Lallana could be a key man again when Liverpool visit Fulham.

The 30-year-old was deployed in a midfield trio last weekend, providing valuable support to the Liverpool front line.

By contrast, Georginio Wijnaldum and Fabinho had only two combined touches in the area.

Contributing to his team defensively, Lallana delivered a box-to-box performance that Liverpool’s other midfielders have struggled to provide this term.

He linked up especially well with the in-form Mane, giving him the ball 16 times.

Eager to get involved and make things happen in the final third, the returning midfielder ensured the front three were less isolated than they have been in previous matches.

Fire in the belly

Klopp was also right to highlight the defensive qualities that Lallana added against Burnley.

Covering the ground at an average speed of 7.78km/h, the highest of any Liverpool player, Lallana was aggressive in retrieving possession.

He won all three of his tackles and broke up play effectively, closing down opponents well.

Given the energy he brings to the side, Lallana is likely to feature a lot more during the run-in and could make the crucial difference to their PL title bid.