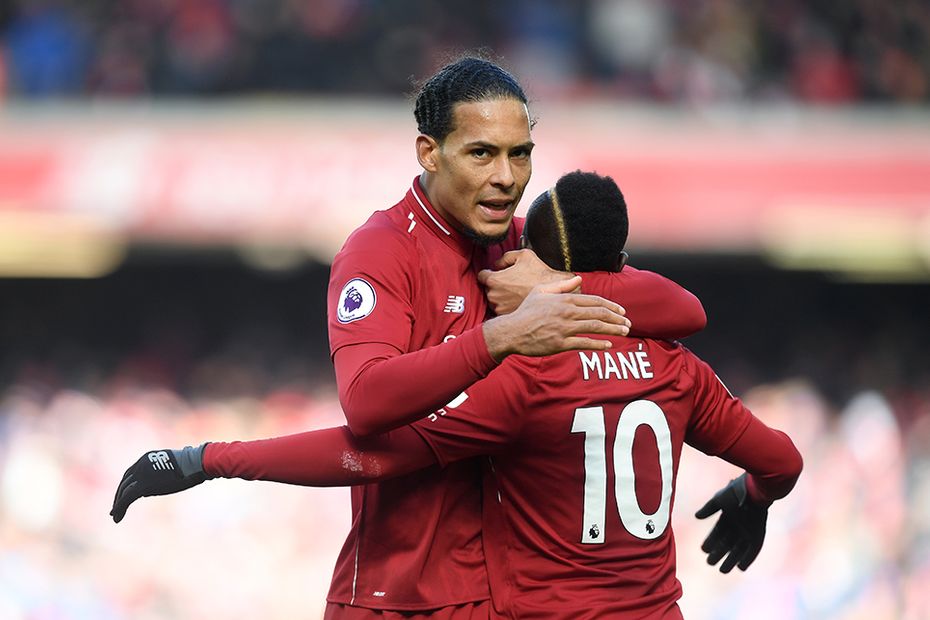 From Brighton's first long-range goal to Liverpool's record points-haul, check out the must-see stats from the weekend

Giggs: Liverpool are here to stay
Wright: It's still a tough run-in for Arsenal
Giggs: They are all big games now

By racking up another win on Sunday Liverpool not only kept their title quest on course but equalled a 31-year points-tally record.

To find out more, plus the other must-know facts from the weekend matches, read below.

Anthony Knockaert's goal was Brighton & Hove Albion's first from outside the box in the Premier League this season.

Cardiff City secured their first PL win over West Ham United and the two-goal margin was the fourth in a row in this fixture.

Callum Wilson and Ryan Fraser have combined for nine Premier League goals this season, the highest combination in this season's competition.

Newcastle United came from two goals down to win a Premier League match for the first time since October 2003 v Fulham.

Only Matt Le Tissier, with seven, has more direct free-kick goals for Southampton in the Premier League than James Ward-Prowse's four.

Raheem Sterling’s hat-trick in 13 minutes and 12 seconds is the fastest in the Premier League since Romelu Lukaku struck one for Everton v Sunderland in 11 minutes and 37 seconds in September 2016.

Liverpool’s tally of 73 points from their opening 30 league matches is their joint-best ever total at this stage of a league campaign, adjusting to three points for a win, level with 1904/05 and 1987/88, when they won the title.

Eden Hazard’s equaliser was his 50th Premier League goal at Stamford Bridge for Chelsea, making him the third player to reach that mark after Frank Lampard and Didier Drogba.

Arsenal have won their last nine Premier League home matches, their joint-longest winning run at Emirates Stadium within a single season, along with 2014/15.