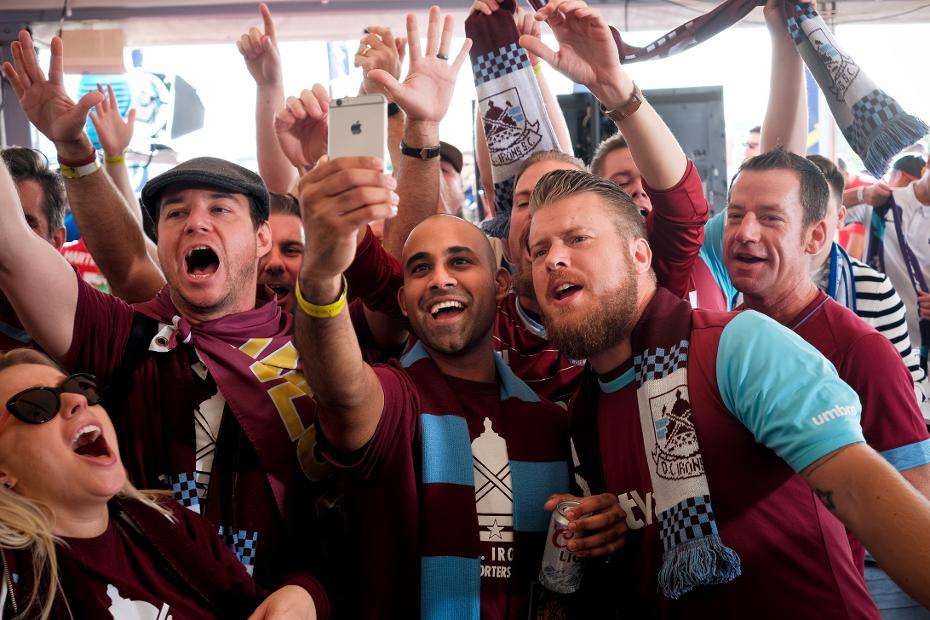 The weekend fan event will take place in the shadow of Fenway Park’s iconic "Green Monster" at the Cask'n Flagon sports bar.

In addition, Lansdowne Street will be closed to vehicle traffic and open to supporters, serving as a special outdoor viewing venue complete with Premier League-themed activities, events, merchandise giveaways and food.

Boston, we're coming for you! We'll be broadcasting live from the Cask 'n Flagon the weekend of March 30-31.

Tag a friend you'd bring with you, and RSVP here: https://t.co/9qItpDvzEm pic.twitter.com/IQ40YYaJlB

As well as the nine Premier League matches across the two days to enjoy, the event will feature a soccer skills challenge, the Premier League Trophy, club mascots, special guests and more.

The first collaboration was in September 2018 and was a big success as fans cheered on their teams on a rooftop overlooking the U.S. Capitol in Washington D.C.

Then, in December 2018, downtown Manhattan hosted more than 3,000 fervent fans for the biggest PL Mornings Live so far.

📍 The City That Never Sleeps [In]

Time and time again, NYC has shown the world that America loves the Premier League. This time last Saturday was no different. pic.twitter.com/7WcK4fvaYb

They will be joined by special guests throughout their coverage.

In Manhattan, Marcus Mumford and Winston Marshall from Mumford & Sons came along, as did former Manchester City and US national team player player Claudio Reyna.

NBC Sports will bring cameras to additional markets for "live look-ins" across the nation for passionate Premier League viewers to join the celebration.

Fans can make their voices heard and lobby for their city to be included in the event by using #MyPLmorning.

"The League and our clubs have a fantastic fanbase in the US and this event will allow supporters to enjoy a Premier League experience in a unique environment next door to one of the most iconic venues in US sports," Richard Masters, Premier League Interim Chief Executive, said.

"The previous two Premier League Mornings Live events have been a big success and I am sure this one will be the same."