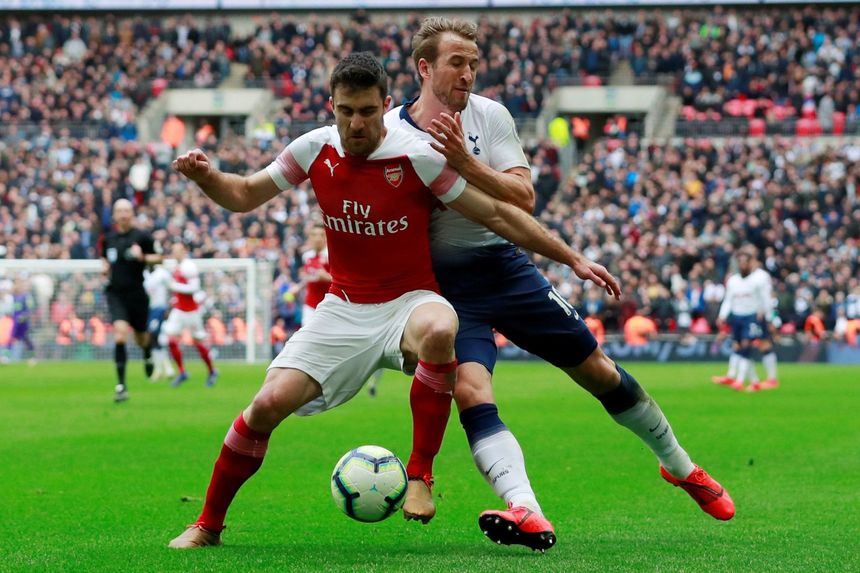 ‘We had chances, but I’m happy with the point' External Link

Wilfried Zaha wins Man of the Match for Burnley display External Link
Shearer: Barnes too hot for Spurs to handle

Not many defenders can snuff out the threat of Harry Kane in a Premier League match but Sokratis did that and earned the praise of Alan Shearer.

Kane's only impact in the north London derby came from winning and scoring the penalty that shared the points with Arsenal.

Other than that the Tottenham Hotspur striker was "anonymous", says the Premier League Champion, and the Gunners centre-back's display at Wembley earned him a place in Shearer's team of Matchweek 29.

Here's who impressed @alanshearer at the weekend 👀

Presenting his Team of the Week for Matchweek 29... pic.twitter.com/WisL4cFdr7

The German 'keeper was called into action twice in quick succession during the first half at Wembley and what a magnificent double save it was.

You can see why there is so much talk about him. The Crystal Palace right-back was very, very good again at Turf Moor.

The Liverpool centre-back was a towering presence again. Needed to be at his best at Goodison as his forwards stuttered.

Other than his penalty, Kane was anonymous in the north London derby and it was because of the Arsenal centre-back's commanding performance.

The Ukrainian is getting better with every match for the champions and is very much looking the part at left-back.

Again the Palace winger proved too good for the opposition, giving the Burnley defenders a torrid time at Turf Moor. This was epitomised by his goal, twisting the Clarets this way and that before finishing well.

Very impressive in midfield. As well as an assist, the young Brazilian scored a wonderful goal to open his PL account.

Once more the 20-year-old played beyond his years in the middle of the park. Took his goal well to set West Ham on their way to victory.

The Portuguese scored a brilliant passing team goal and claimed an unselfish assist. More than playing his part in an impressive performance by Wolverhampton Wanderers.

He's in fine form and produced two very good finishes at Old Trafford to pull Manchester United out of a hole.

Since arriving on loan from Chelsea the forward has made a difference for the Eagles. Struck a great goal against Burnley to confirm that impact.

The Palace boss has guided his team to safety with that win over Burnley. Roy has done a tremendous job.