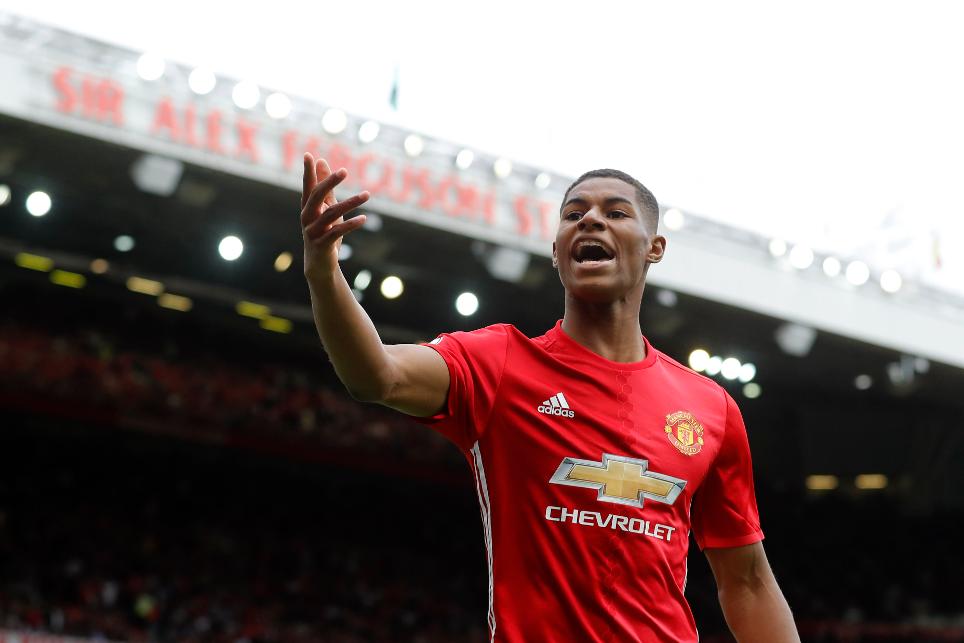 'Cup broadens education of our players'

Ramiro Guerra loves watching Premier League football for the intensity the fans bring to football and believes Marcus Rashford is an inspiration for all young players dreaming of breaking into the big time.

After playing in a 1-0 defeat by Manchester United's Premier League 2 side in Leigh on Tuesday, the Villarreal midfielder admitted to being a big fan of English football and can see United winning the Premier League itself this season.

"La Liga, of course, is a great competition," the 19-year-old Uruguayan said. "But we love to follow the Premier League because of the fans.

"It's a beautiful competition. To see the fans of the last team ranked in the table, their fans come every day, it doesn't matter whether it's a Monday or a Tuesday, they come and they fill up the stadiums. So the atmosphere is fantastic. We do follow the Premier League a lot.

"United have a great team this season. They could be the champion this year."

While Rashford was a substitute for United's Under-21s last season, when Ashley Fletcher and Will Keane were available to manager Warren Joyce, Renato Sanches was playing for Benfica against Chelsea in the Premier League International Cup.

Now both Rashford and Sanches are full internationals, even in the autumn they turn just 19, and while Rashford has become the hottest name in England and United's development programme, Sanches helped Portugal win UEFA Euro 2016 and is coming on for Bayern Munich in UEFA Champions League matches.

So both United and the International Cup provide the platforms available to the best young talents prepared to work at their game.

"I know [of Rashford] very well," Guerra said. "He's a great player, having come from down [the pecking order] very quickly.

"After all, the academy teams that Manchester United have, these type of top academies, if you work really hard and you are constant in your improvement and your progress, you can make it. If you keep it up, you just have to be ready for your time."

Joyce helped nurture the likes of Paul Pogba through the age-group teams at Old Trafford and while the United PL2 manager wouldn't want to heap pressure on Joe Riley, who played against FC Midtjylland in the UEFA Europa League tie when Rashford scored twice last season, or Josh Harrop, who got the only goal against Villarreal, he knows players can break through at a club with a tradition for developing world-class youngsters. In that way, Rashford is a role model.

"They've just got to keep working and be ready for a chance," Joyce said. "The important thing for us is, while the individual talent may determine how high they can play, they've got to be ready to maximise the opportunity they do get, whether they get the chance in our first team, or someone else's first team, and that they're not reliant on their manager, they can grab the chance with both hands, that they're ready.

"We don't want them to be short technically, tactically or physically, that they're ready to handle it smoothly. That's the job."

Fresh from their hard-earned win over the International Cup holders, United's PL2 side have another exciting stage on Monday when they entertain Derby County in a Premier League 2 match at Old Trafford.

"It's a great experience for the boys, isn't it?" Joyce said. "Some of them won't have played there before for the reserves so it's a great opportunity for them to play on that stage.

"The majority of these players have been there since they were eight, been at the club a long time, so to go out at Old Trafford and play there, that's what they would have dreamt about from being a small boy. So it's great for them to have that opportunity."

Peter Lansley, an FA Coach Mentor who reports for a range of national newspapers, is a lecturer at the University of Derby in Football Journalism, the first dedicated undergraduate course in the country