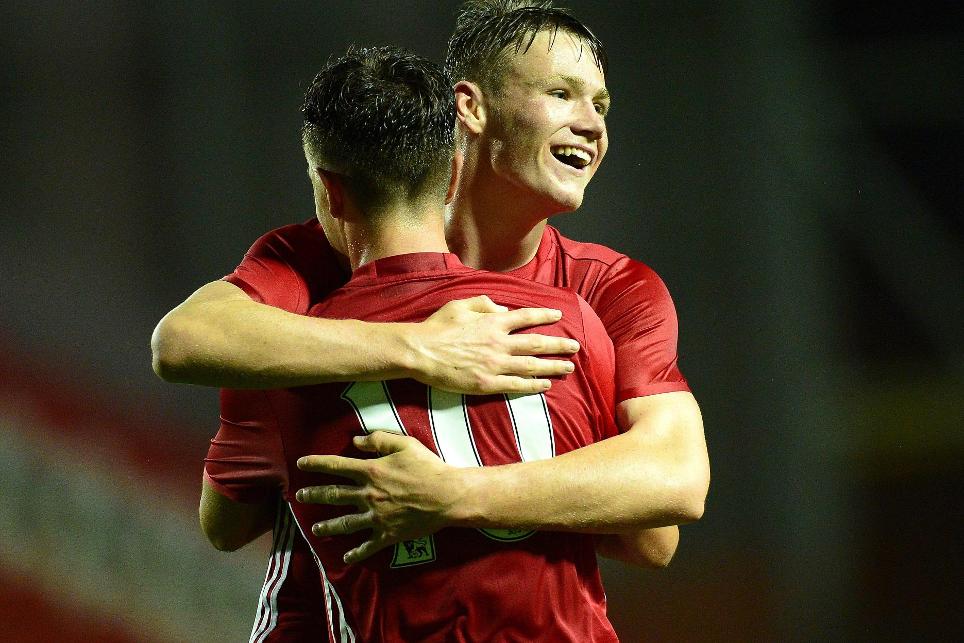 Manchester United marked their debut in the Premier League International Cup with a 1-0 win over holders Villarreal at Leigh Sports Village.

Tuesday night's storm, which forced the postponement of Manchester City's UEFA Champions League fixture at the Etihad Stadium, left the match in doubt but it got under way after an hour's delay.

The visitors made the better start to the contest but United went ahead after 34 minutes.

Ethan Hamilton won possession and released a pinpoint pass through to Josh Harrop, who fired home as Warren Joyce's charges held firm for a winning start.

Middlesbrough and Sparta Prague are the other teams in Group B, which is one of six groups consisting of four teams in the competition.

The group winners and the two second-placed teams with the most points go through to the knockout stage.