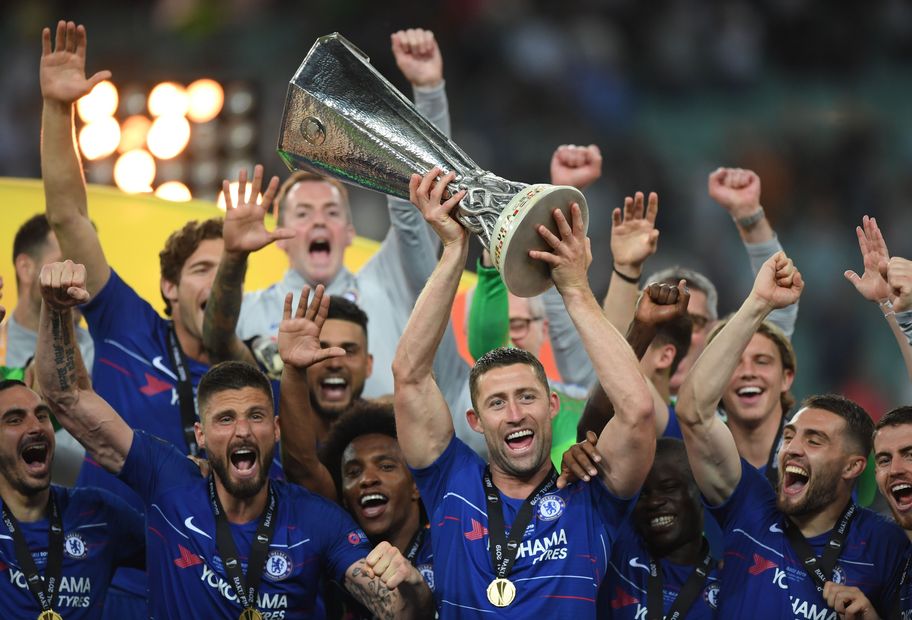 The UEFA Europa League is UEFA's second tier European club competition and was previously known as the UEFA Cup.

The competition changed its name in 2009/10 and involves qualifying and a play-off taking place before a group stage, which begins in September.

There are 12 groups of four teams, with each team playing everyone else in that group on a home and away basis. The top two in each group, plus the eight third-placed teams who depart from the UEFA Champions League group stage, progress to the round of 32.

As in the Champions League, all of the knockout stages apart from the final are played over two legs.

Since the competition changed its name, there have been two Premier League winners, with Chelsea winning the trophy twice, in 2012/13 and 2018/19, and Manchester United beating Ajax 2-0 in the 2016/17 final.

In the first Europa League tournament in 2009/10, Fulham had a memorable run to the final - including a 5-4 comeback aggregate win over Juventus in the round of 16, but they could not get their hands on the trophy as they lost 2-1 to Atletico Madrid after extra time.

Reward for winning the Europa League is a place in the Champions League group stages the next season.

There are several ways English sides can qualify for the Europa League. A fifth-placed finish in the Premier League guarantees a place in the group stages, as does victory in the FA Cup. Winning the League Cup guarantees a Europa League third-qualifying round spot.

If the winners of the FA Cup and League Cup finish in the top four then their places are taken by the next highest placed finishers in the Premier League table who have not already qualified for Europe.

In 2019/20, the Premier League representatives in the Europa League are fifth-placed Arsenal and sixth-placed Manchester United, who both advanced straight into the group stage.

Wolverhampton Wanderers, who ended in seventh position in 2018/19, and started in the second qualifying round. They progressed against Crusaders, Pyunik and Torino to reach the group stage.

For more on the UEFA Europa League, click here.