Our fans create an atmosphere that sets us apart from other leagues and competitions. Their unwavering support saw Premier League stadiums reach record occupancy for the fourth season in a row. 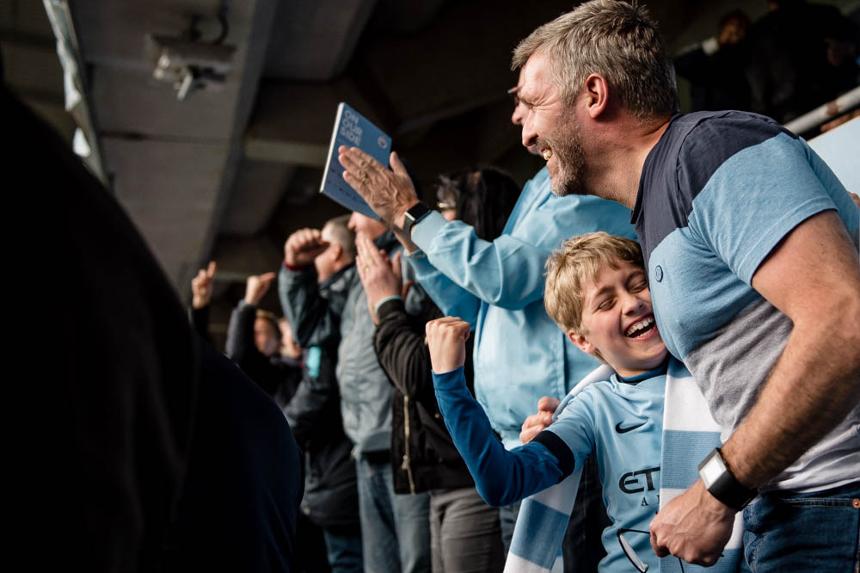 "Going to the game has always been part of my life," explains Manchester City supporter Trevor, as his team finishes the season securing third place.

"Growing up near Manchester, our parents didn't take us to the games - just as well really as we found out recently that they secretly supported United! But as they were so busy bringing us up, we were left to find our own way with football.

"So, when my older brother went to a City match one weekend with his mates and came back as a committed Blue, we followed his lead.

"As their younger brother, I was captured by tales and images of Bell, Lee and Summerbee. My lifelong support of City began right then.

"One of my earliest vivid memories is going to a game with my big brother when I was very young and sitting on the wall at the front of the Kippax stand. I remember the smells, the crowd and the noises - the whole experience was so exciting for me as a boy.

"Then, as we got older, we used to go with our mates for our Saturday 'football fix' before a night out. I've always felt that the atmosphere and sense of occasion you get going to a live football match is second to none."

Things have now come full circle for Trevor, who has season tickets for himself and his sons Sam, aged nine, and Toby, who is four: "Once I had my own family and the boys were old enough, I couldn't wait to bring them to City.

"I think it's really good for them to experience the sense of belonging that you get from supporting a club like Manchester City.

"Our season tickets are great value. With the world-class talent on show, the brilliant football Pep has brought to us this season, seeing amazing Premier League teams each week and the facilities on hand, it's a great way to entertain the family. It probably won't be long until my boys want to start going without me!"

The atmosphere in our stadiums is always enhanced by visiting fans. To recognise this, Premier League clubs collectively agreed that no away supporter would pay more than £30 to go to any match for three seasons from 2016/17.

This initiative recognises away supporters for their loyalty and acknowledges that there are extra costs involved in supporting their team on the road.