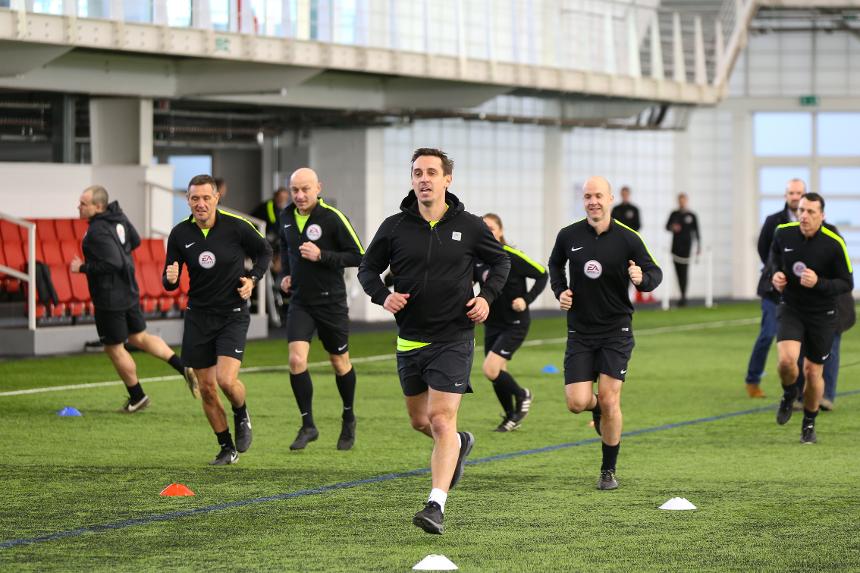 At the centre of the action in front of sell-out crowds at Premier League stadiums, referees are under constant pressure to make hundreds of split-second decisions correctly. But what does it really take to be a match official at the highest level?

Sky Sports duo Jamie Carragher and Gary Neville, with 908 Premier League appearances between them, were invited to train with Select Group officials, who officiate top-flight matches and meet on a fortnightly basis to review key decisions and top up their impressive fitness levels.

At the Professional Game Match Officials Limited (PGMOL) training base in St George's Park, they were tested on every aspect of being a referee.

They also analysed decisions, had their own defending put under scrutiny and spoke to PGMOL’s General Manager Mike Riley, who gave an insight into the dynamic among the referees. "We're a team, we stand and fall together," he said.