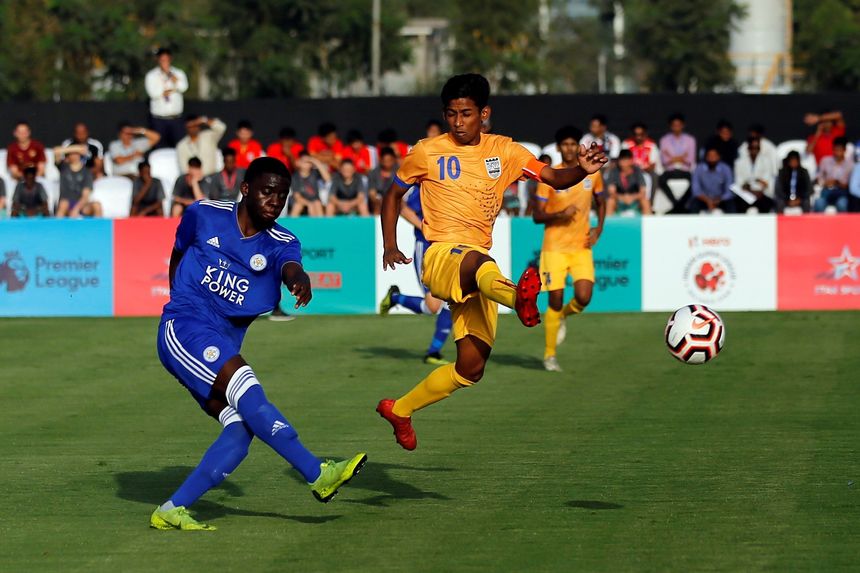 Ashvir Johal is Leicester City born and bred and, thanks to the Premier League's Elite Coach Apprenticeship Scheme (ECAS), is now a full-time Academy coach at his hometown club.

The 24-year-old accessed ECAS through the BAME and Female Coach initiative and explained how the Premier League is helping him fulfil his coaching potential.

"The Elite Coach Apprenticeship Scheme has provided me with chances and knowledge that I simply wouldn't have been able to get any other way," he said. "I look forward to coming into work every day. The people and the environment are wonderful and it is a great opportunity to develop as a coach."

In February, Ashvir took Leicester City's Under-14s to the Football Development Week in Mumbai, India, as Premier League coaches shared their knowledge and experiences with counterparts from the Indian Super League (ISL).

Ashvir coached Leicester City's youngsters as they competed in the PL-ISL Youth Games 2019 alongside a youth squad from Arsenal and Indian teams. The trip also provided learning and cultural opportunities.

This included a visit to the Oscar Foundation, training with local community coaches who are part of the Premier League's international football development programme, Premier Skills, and participation in a kabaddi session hosted by broadcaster Star Sports.

"It was incredible," said Ashvir, who will enter the second year of his ECAS course in 2019/20. "Taking the players there was such a wonderful opportunity for them as footballers but also as young people - showing them a different way of life and a different culture.

"It will stay with me, and them, for a very, very long time."