In the 10 years since our programme to encourage sports participation began, over 205,000 young people have enjoyed connecting. 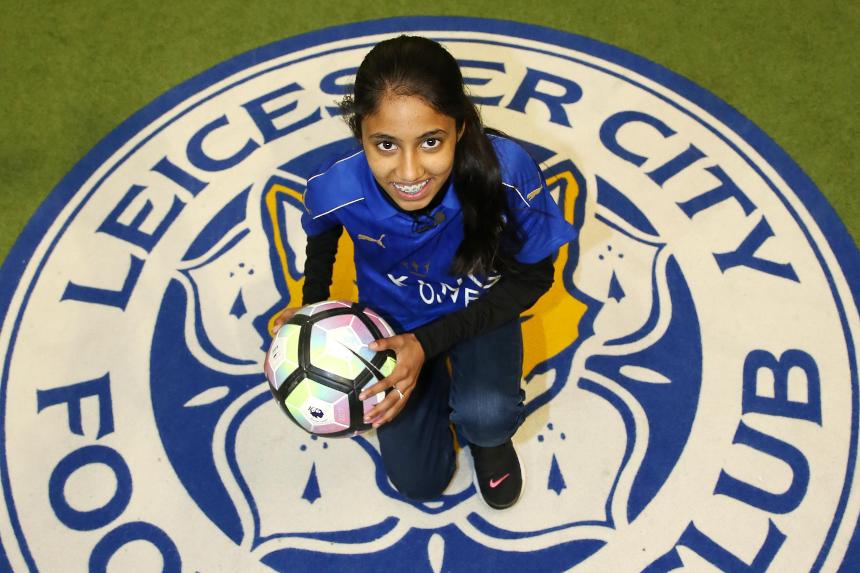 Premier League Kicks uses the power of football to connect with young people in some of the most high-need areas of the UK.

The youth outreach programme began ten years ago, with the aim to create safer, stronger and more respectful communities through the development of young people’s potential, whilst providing access to facilities, coaching and mentoring.

In its first decade, Premier League Kicks has engaged 205,650 young people in weekly football coaching sessions held at local community venues across the UK. The programme is now run in 776 venues.

This season, to celebrate ten years of Premier League Kicks, we asked clubs to nominate their 'Kicks Hero'; someone who has inspired others through their dedication, work ethic and own personal development. Each Kicks Hero’s story was chronicled in the form of a bespoke comic strip, illustrated by Marvel and DC Comics artist John McCrea.

The Premier League Kicks Heroes campaign was launched at Tottenham's Ferry Lane, one of the original sites of the initiative, where Dele Alli commented, "A programme likes this is massive for this area. Not only does it gives the kids a safe environment to come and work with some top coaches, it also sets them up for the future and gives them a lot of opportunities to have a career.

"It gets the kids off the street. You never know what they could be doing nowadays, so it's important that they are here in a safe place where they are with their friends."

Sports Minister Tracey Crouch, also speaking at the launch in Tottenham said: "Over the past decade Premier League Kicks has made an invaluable contribution to the lives of tens of thousands of young people across the country, encouraging them to get into the game in a safe and secure environment that has brought communities together.

"There are so many brilliant, inspirational stories of how people have benefitted from their involvement in the project and I hope it will benefit thousands more in the years to come."

One of many inspirational stories to emerge from the programme, which is part of a successful partnership with Sport England, is that of 14 year-old Marriam.

She was nominated by Leicester City as their Premier League Kicks Hero, to mark the tenth anniversary. Inspired by her Dad to take up football as a youngster, the only place Mariam could practice her skills was in front of her house, where she used to play with the local boys.

"I was playing on the streets, with people shouting at us, moaning at us. We broke some windows along the way," explains Marriam. Tragically her father passed away and with that, Marriam found her enthusiasm for football dwindled and she stopped playing.

After hearing about a Premier League Kicks session being run by Leicester City FC, Marriam decided to give it another chance. She was inspired by her coach, Ish Latif, to organise a Youth Forum to encourage other girls to join the scheme.

As a result, Leicester City now run a regular all girls’ session. And Marriam's own skills developed and impressed so much through Premier League Kicks that she now plays for Leicester City FC women’s under 16 team and dreams of playing in the Women's Super League.

The stories and comic strips of all our PL Kicks Heroes can be seen on premierleague.com/communities/PLKicksheroes.