Blues campaign tackles antisemitism and all other forms of discrimination. 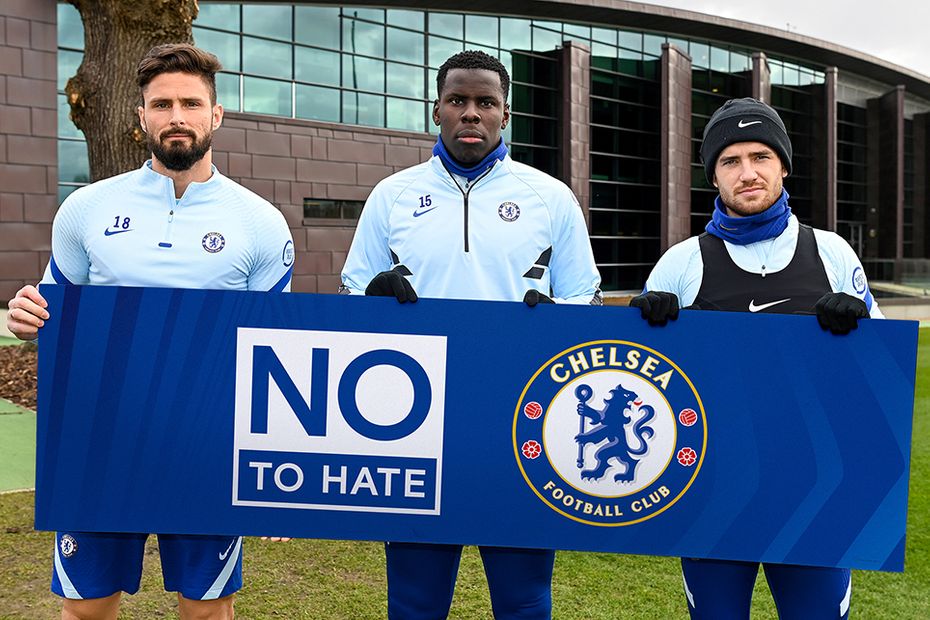 Chelsea launched their No To Hate campaign following the discriminatory abuse of several of their players online.

The initiative has five focus areas: Education, Social Media, Support, Awareness and Opportunity, all of which complement the club’s support of the Premier League's No Room For Racism Action Plan.

No To Hate builds upon the work the club already undertakes to tackle antisemitism and all other forms of discrimination, and has been driven by owner Roman Abramovich.

Chelsea defender Reece James, who experienced online discriminatory abuse, said: "I think social media platforms can do more. When anything happens, they should be able to help track the person and go from there.

"I think more people are getting racist abuse and it only makes sense to put a stop to it."

In May 2021, Chelsea released their own social media policy as a guide for fans on engaging with the club, players, staff and other fans online.

It details the action the club will take, and asks fans to take, should they see online discriminatory abuse.

Through this policy, Chelsea aim to create a social media experience that is positive, inclusive, safe and as healthy as can be.

This season the Premier League adopted the International Holocaust Remembrance Alliance's working definition of antisemitism, enabling the League to deal more effectively with antisemitic behaviour directed at clubs or personnel.