The Premier League and its clubs maintain commitment to fighting racism and demonstrate their dedication to equality, diversity and inclusion. 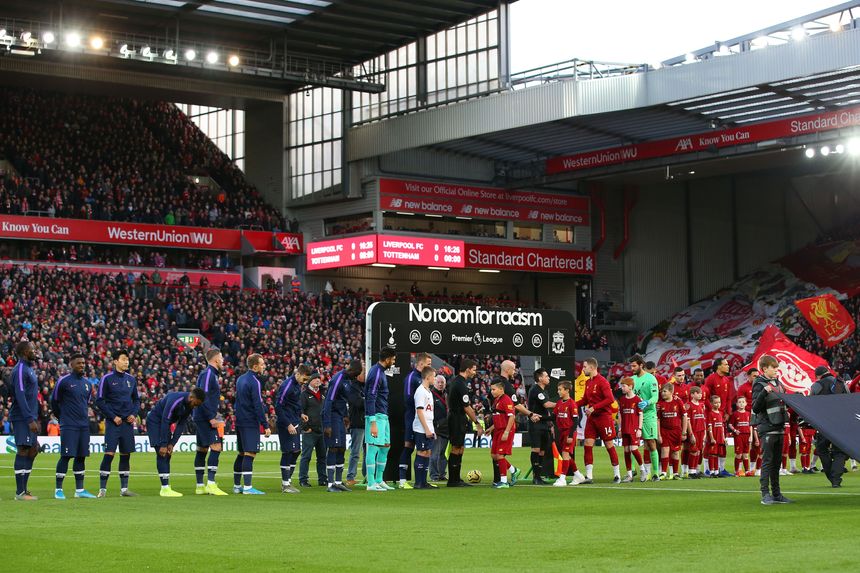 The Premier League and its clubs will not tolerate discrimination in any form. This message has been clear during the season as the League, clubs and players have come together to tackle this issue.

The League undertakes wide-ranging action, working closely with Kick It Out, as well as The FA, EFL, Stonewall and other organisations to tackle discrimination across all areas of football.

In October, two match rounds were dedicated to promoting the No Room For Racism message, emphasising that racist conduct is not tolerated and urging supporters to take action. "If you see it, report it".

A Black Participants’ Advisory Group made up of current and former players, managers and others within the game was set up to ensure the views of black players and coaches are heard and help shape the Premier League’s action. Regular meetings and consultations take place to ensure issues are discussed and dealt with.

The Premier League launched a dedicated reporting system for players, managers, coaches and their family members who receive serious discriminatory online abuse. Each case is reviewed, reported to the relevant social media company, investigated and, where appropriate, legal action is taken.

We continue to challenge major social media companies that fail to do enough to block offensive discriminatory material and identify and ban offenders from their platforms.

Following the resumption of the season in June, the League supported the players’ wishes to have “Black Lives Matter” on their shirts for the remainder of 2019/20, as well as backing players in 'taking a knee' before or during matches. The League wholly agrees with the players’ single objective of eradicating racial prejudice wherever it exists.

The Premier League joined with the PFA and EFL to launch a new coach placement scheme aimed at increasing the number of Black, Asian and Minority Ethnic (BAME) players transitioning into full-time coaching roles in the professional game.

Close work with our long-standing partner Kick It Out continued, including the provision of financial support for their mentorship and leadership programme Raise Your Game. The League also funds specific events such as Football Black List, which celebrates and highlights role models from the black community working in football.

Education is vital and we run anti-discrimination education sessions within our schools and community programmes, as well as for fans.

The Premier League and clubs also continued to work in partnership with LGBT inclusion charity Stonewall to support their Rainbow Laces campaign.