Premier League clubs supported the No Room for Racism campaign, with the clear message they will not tolerate racism in the competition or wider sport. 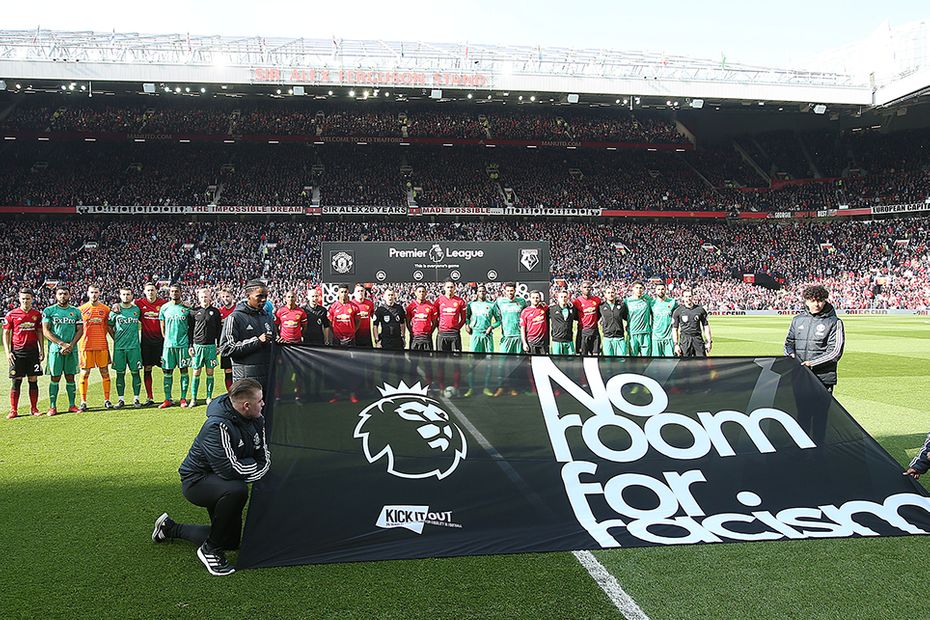 The Premier League demonstrated its continued commitment to equality with the launch of the No Room for Racism campaign, which uses the power and popularity of the League to oppose racism in football.

As well as celebrating diversity, the campaign recognises the significant contribution by Kick It Out, which celebrated its 25th anniversary during the season.

The Premier League and its clubs backed plans to improve career pathways and encourage more people from different backgrounds to take up coaching, refereeing and administrative roles in the sport, agreeing that more needs to be done to ensure BAME fans and players are supported.

This was reflected when Premier League Executive Director Bill Bush spoke at Kick It Out's Raise Your Game conference at Arsenal's Emirates Stadium.

Inclusion and diversity were the key themes at the annual event, which helps young people discover more about employment opportunities within the game from hundreds of football industry delegates and experts.

"Racism in the stadium is totally unacceptable," said Bush, emphasising the Premier League's belief that everyone attending or taking part in a football match has the right to feel safe, valued and included.

"The Premier League supports Raise Your Game every year to show that not only are our grounds welcoming to anyone who wants to come, but our career paths are open to anyone who thinks they have the talent to achieve what they want to."