How the Premier League and our clubs worked together to resume and conclude the 2019/20 season safely. 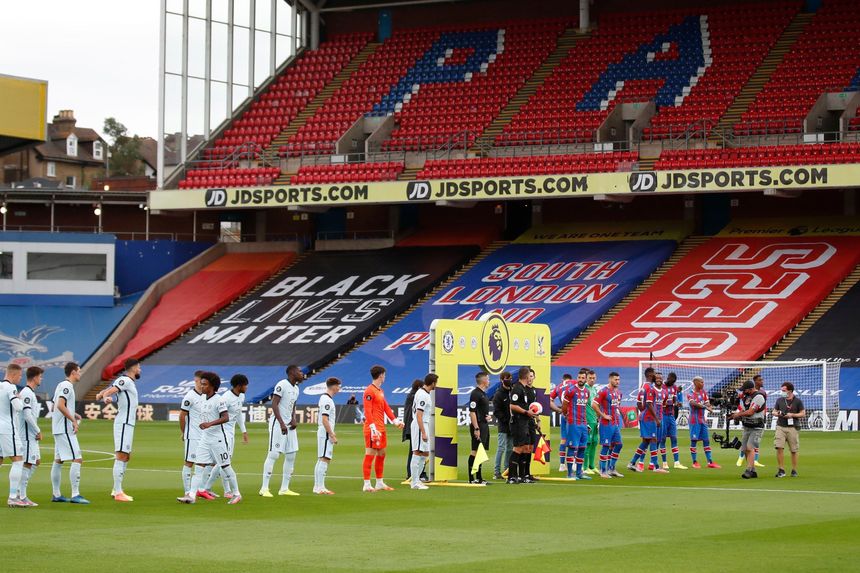 Following the suspension of the 2019/20 season on 13 March due to the COVID-19 pandemic, the Premier League worked closely with the Government, the whole of professional football in England, public agencies and other relevant stakeholders on Project Restart, with the aim of resuming the campaign when it was safe to do so.

Throughout the crisis, the overriding priority was the health and wellbeing of everyone, and the safety of players, coaches and club staff was paramount in both the phased return to training and the resumption of matches.

Players and managers were consulted throughout and strict protocols were put in place to ensure that both training grounds and stadiums were as safe as possible for everybody present.

"Once we returned, the scale of the measures put in place was evident," Burnley manager Sean Dyche (pictured above) said.

"A lot of work went into this by our medical and operations team, who were heavily guided by the Premier League.

"The end product was a process that was as safe as it possibly could be and quite simplistic in the way the players could follow it.

"That allowed us to focus on getting match-ready in a short space of time. Then there was clearance to play friendly matches and that enabled us to have a trial run of how the stadium was going to work on a matchday.

"We had to distance the dressing rooms, the treatment areas and so on, and there was guidance given for on-field behaviour, so there was an awful lot of planning that went into making the stadium safe as well."

Dr Zaf Iqbal, Crystal Palace Head of Sports Medicine, said: "First and foremost, we reassured players that their safety was paramount. Looking at all the measures put in place, I don't think there were any environments that were safer than a Premier League training ground or stadium.

"The step-by-step process of the Return To Training Protocol was vital and only once the players felt comfortable did we move onto the next stage.

"There were lots of differences, such as the players arriving individually and already dressed for training. They had temperature checks and a health questionnaire via an app, and they weren't allowed into the training ground until they had completed those.

"Then it was all about the social-distancing and making sure everything was as clean as possible.

"The testing was important to prove that the protocols we had put in place were effective. A key point to get into the players was that it was not just about their behaviour at training, it was also about making sure they followed all the advice around social-distancing and hygiene at all times.

"Another big responsibility was ensuring that all our processes were not a burden on the National Health Service and public services in any way, and that was the case with both training and the matches themselves."

Conor Coady (pictured above), Wolverhampton Wanderers captain, added: "I was one of those players who couldn't wait to be back training and playing, and as a football club we wanted to get going as soon as possible, but we knew it was only possible by making everybody's health and safety the priority.

"As club captain, I was updated on all the latest developments, which was really reassuring.

"We always felt that nothing was left to chance, with all the hygiene and social-distancing measures put in place.

"Playing without fans in the stadium has been strange, but we knew that was the only way it could be, and we hope it won't be too long until the supporters can be back cheering us on."

0.09% The percentage of positive results (20) from 22,133 COVID-19 tests of players and coaching staff. As the biggest pool of collected data in England, the Premier League has shared this information with Public Health England as a key part of their coronavirus research.