Thierry Henry and Alan Shearer were the inaugural inductees of the Premier League Hall of Fame, with six other players joining them in receiving the competition's highest individual honour. 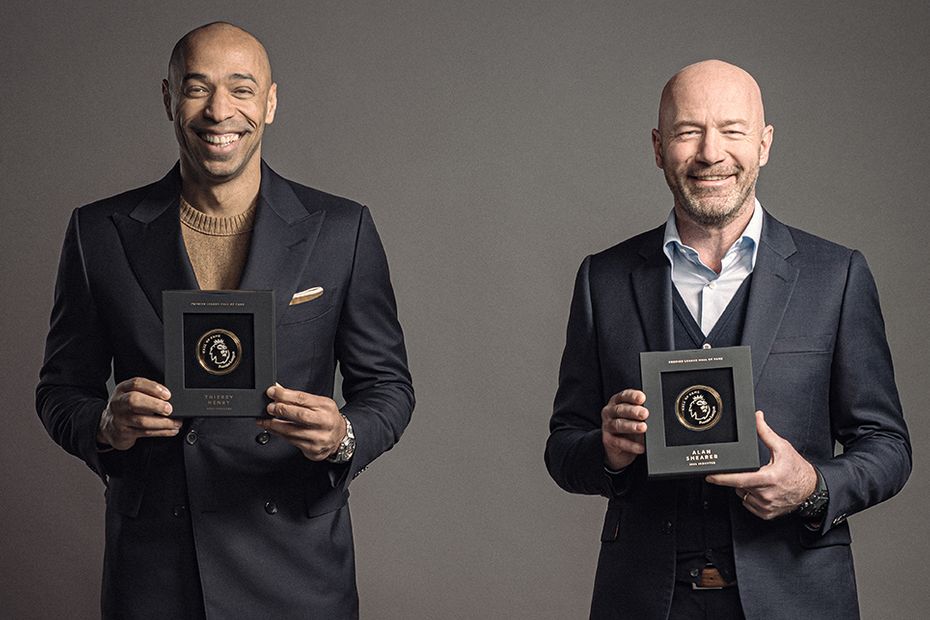 Alan Shearer and Thierry Henry became the inaugural inductees of the official Premier League Hall of Fame, which was launched to recognise and celebrate the exceptional skill and talent of individuals who have played in the League since its inception in 1992.

Shearer, the League's all-time top scorer having netted 260 goals across 14 Premier League seasons, said: "When you look at some of the unbelievable players to have graced the Premier League - week in, week out, year in, year out - I feel very honoured to join the Hall of Fame."

Four-time Golden Boot winner and Arsenal's record goalscorer Henry said: "If you asked me at the start of my career about entering the Hall of Fame, I wouldn’t have believed you. It's an amazing honour."

The next six players to receive the Premier League's highest individual honour were voted for by the public and Premier League Awards Panel from a shortlist of 23.

David Beckham, Dennis Bergkamp, Eric Cantona, Steven Gerrard, Roy Keane and Frank Lampard all took their place in the Hall of Fame in 2021.