In a season which attracted some of our biggest live broadcast audiences of all time, the League worked with broadcast partners to enhance the fans' experience when matches were played behind closed doors. 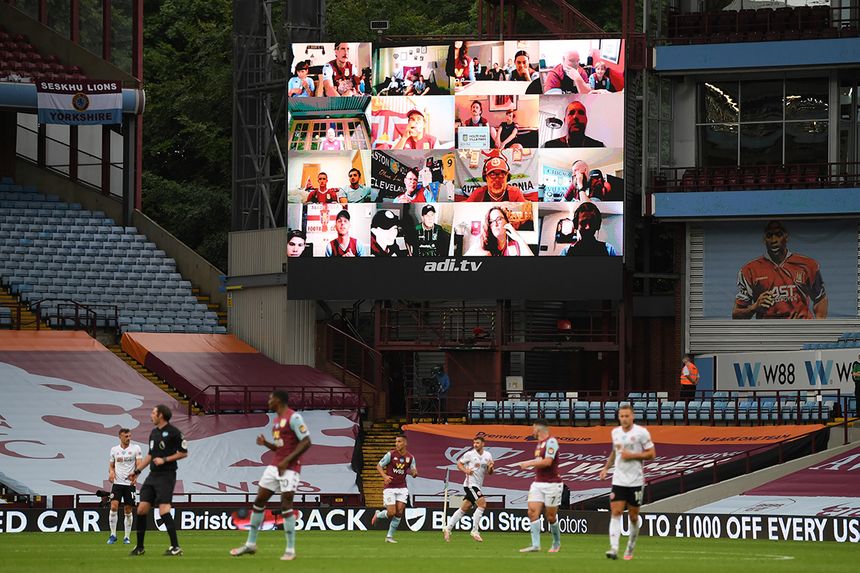 The final 92 matches of the 2019/20 season were missing one of the Premier League's most recognisable and important features: stadiums packed full of home and away supporters creating the atmosphere for which the League is famed around the world.

Playing matches behind closed doors was essential in order to complete the campaign and all the fixtures following the restart were televised live in the United Kingdom by Sky Sports, BT Sport, Amazon Prime and the BBC.

Sky Pick, Amazon Prime and BBC Sport showed 33 fixtures free-to-air, with live commentary of every fixture available in the UK on BBC Radio 5 Live and talkSPORT, ensuring as many people as possible could follow the action from the safety of their own homes.

Sky Sports and BT Sport also provided offers for season-ticket holders who did not have an existing subscription.

To enhance the behind-closed-doors experience for fans watching at home, the Premier League and broadcast partners developed a series of innovations.

- Seat wraps to improve the visual and acoustic environment as well as stadium dressing applied by clubs.
- A crowd noise option for fans, supplied by EA SPORTS Atmospheric Audio, was selected by approximately 75 per cent of viewers.
- 'Fan walls' featuring live footage of supporters watching from home were made available to broadcasters and for use on stadium big screens.
- Use of music inside stadiums at key trigger moments such as kick-off, goals and substitutions.
- Tunnel cameras allowed fans to see the immediate build-up to the match.

The 2019/20 season accounted for six of Sky’s top-10 Premier League audiences, three of which came before the COVID-19 pandemic.

Following the resumption of the season, three matches broadcast by Sky went straight into their top-10 highest Premier League audiences ever, including their biggest of all time.

4.968m for Everton's Merseyside derby against Liverpool, an all-time record.

BT Sport showed more Premier League matches in a season than ever before (52+12 additional fixtures following the restart) and attracted its fifth-highest audience ever, with 1.554m watching Liverpool v Sheffield United in January.

Two of them entered the top-five most watched Premier League matches ever:

880m The number of homes, in 188 countries, where the Premier League is broadcast