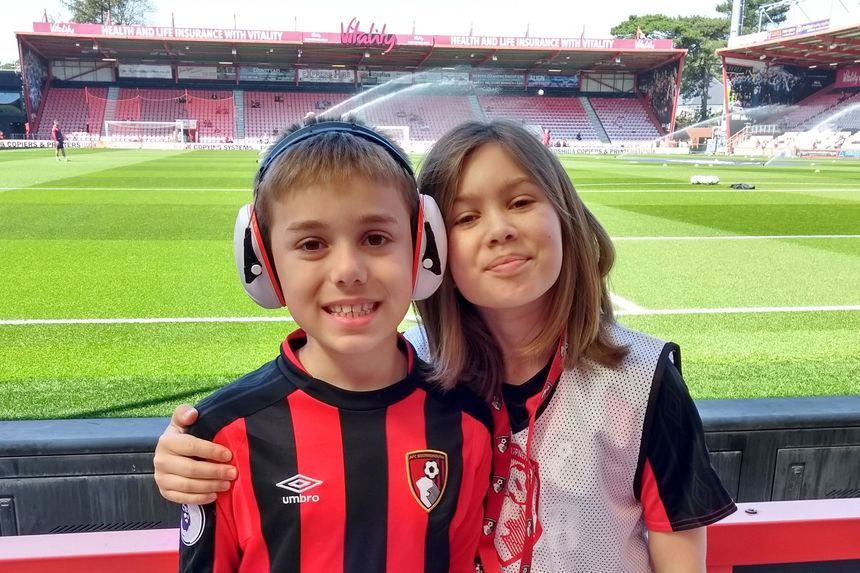 Karen and James Rainbow have been taking their children Ossie and Daisy (pictured above) to watch AFC Bournemouth since 2013.

Despite the constraints of the limited capacity at Vitality Stadium, Karen feels the club does its best to welcome young fans to matches.

"The price they charge for the young fans is brilliant," she said. "It cost only £6 for a Junior Cherry aged eight or over to watch a Premier League game.

AFC Bournemouth's ticket pricing policy was part of a clear strategy to engage and connect with young supporters.

"The vast majority of our near 4,000 Junior Cherries members have now watched a live Premier League match and, for a club which has community
at the heart of everything we do, that is something to be very proud of," said general manager Liz Finney.

The Premier League's comprehensive study of ticket prices during Season 2019/20, in conjunction with EY, revealed:

£16m Total saved by season-ticket holders thanks to deals and discounts from clubs.

23% The percentage of away tickets priced below the £30 cap, with some available for just £5.