Find out how Fulham have used the Premier League Inspires programme to motivate one pupil to improve his behaviour. 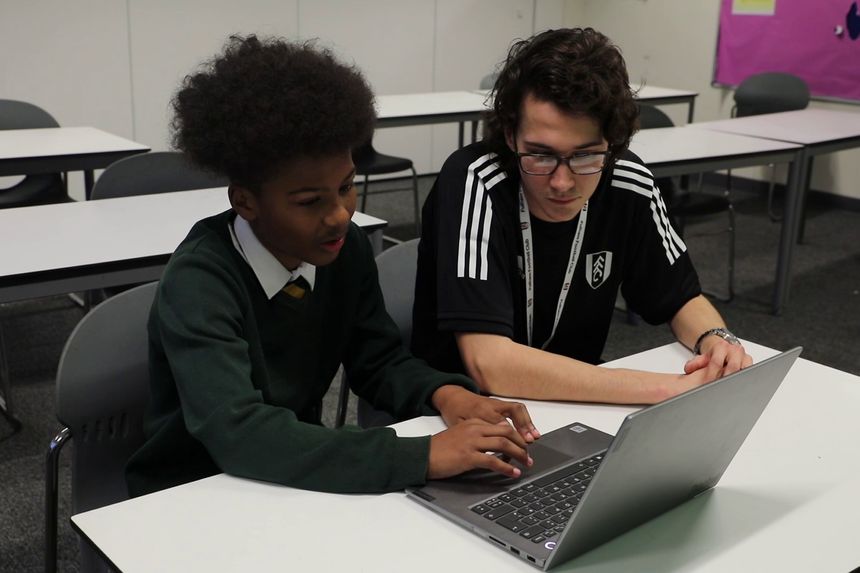 Premier League Inspires launched in 2019 with the mission of inspiring children and young people to develop the personal skills and positive attitudes to succeed in life.

It uses the power of football to support marginalised or vulnerable 11-to-25-year-olds through the education system and early adulthood.

This season, 31 Premier League and EFL club community organisations have run Inspires sessions at their stadiums, or in local schools or education settings.

Mr Thomas, a teacher at Elmgreen School in West Norwood, London, says the scheme has been a massive help to his pupil Franklyn (pictured), who has been having one-to-one sessions with Fulham FC Foundation Inspires coach Richard Morris.

"Last year we had a few issues with Franklyn struggling to work with others," said Mr Thomas. "He's very competitive, and sometimes that spilled over into the classroom but it's a totally different story now.

"He's matured and Inspires has helped him work much better as a team member and his behaviour issues have considerably dropped."

Franklyn has seen the change in himself too.

"Inspires helped me enjoy school more," he explained. "Since I've been on Inspires my behaviour has got better and my communication is better as well. It feels good to be seen as a positive role model."