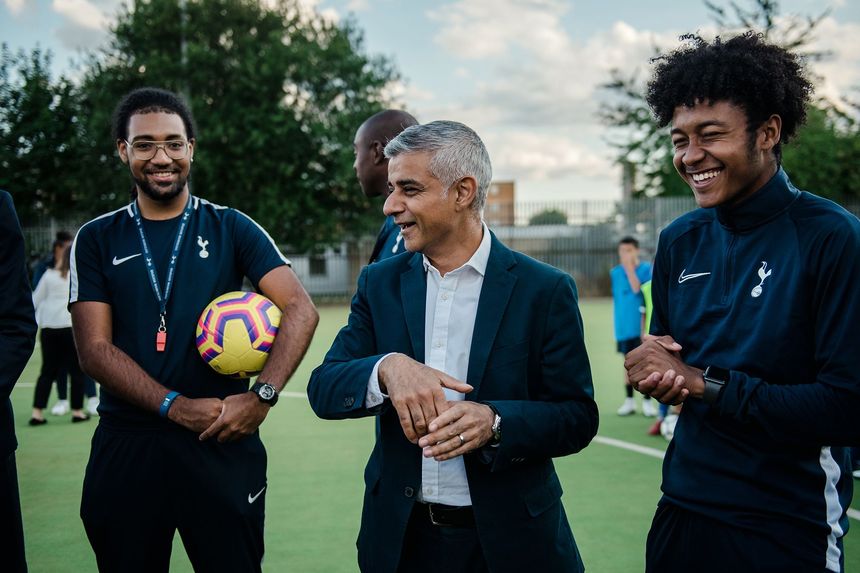 The Premier League's ongoing commitment to Kicks was demonstrated with the announcement of a three-year partnership with City Hall and the Metropolitan Police to enhance the delivery of the social inclusion programme in London.

Mayor of London Sadiq Khan visited both Palace for Life and Tottenham Hotspur Foundation sessions during the season to speak to young people who are being encouraged to realise their potential and improve their wellbeing through Kicks.

"I know from personal experience that sport can provide young people with life-changing opportunities and I want all young Londoners to have the chance to reach their full potential," Khan said.

"Most of all, they are just having fun together and in a very safe environment."

"It's given me a new lease of life," said Nick Phillips a former participant on Manchester City's Premier League Kicks programme, who is now a Kicks coach for City in the Community.

"I am a great example of what Kicks is. I get to give back everything it has given me, so that’s huge."

In Nick's coaching role, he's able to mentor and support local young people facing the same issues he did.

Now in its 14th year, Kicks continues to work in partnership with clubs, young people and stakeholders across England and Wales to build stronger, safer and more inclusive communities.

The programme provides a range of positive activities including free football sessions and workshops to young people in high-need areas.

It was relaunched in October 2019, with a new funding commitment from the Premier League who, working with BBC Children in Need and 38 clubs, will provide more targeted delivery and mentorship to support young people at risk of or affected by violence.