A new pitch named in honour of former Tottenham Hotspur coach Ugo Ehiogu is giving young people a place to play in Haringey. 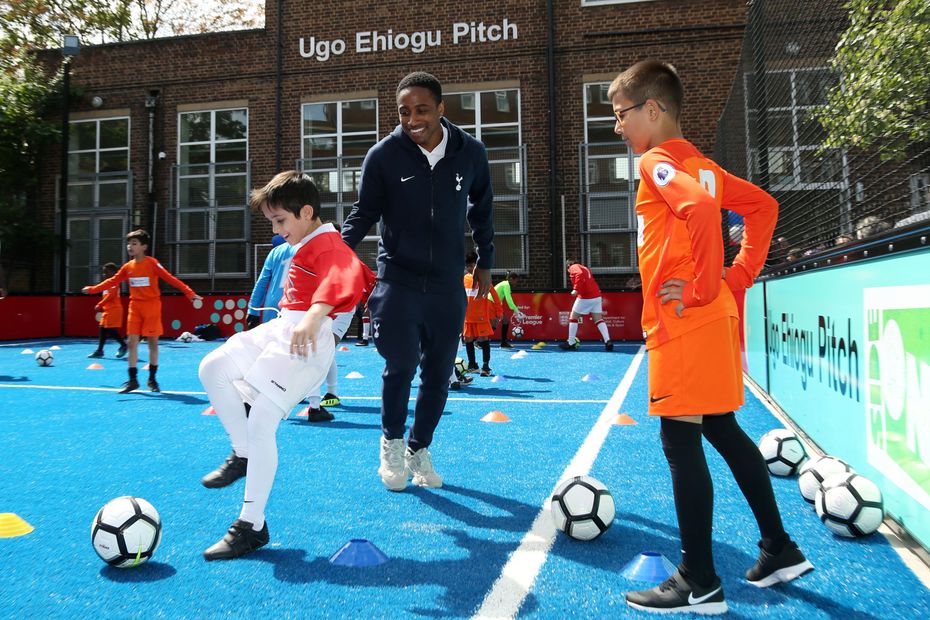 Youngsters in Haringey, north London, are benefiting from a new all-weather 3G football pitch, partly funded by the Premier League, which offers them a safe space to play and provides a fitting legacy to former Tottenham Hotspur player and coach Ugo Ehiogu.

The facility is located at Seven Sisters Primary School, just two miles from Spurs' state-of-the-art new stadium. It was opened by Ugo's widow Gemma with the assistance of up-and-coming defender Kyle Walker-Peters, who grew up in the area and was coached by Ugo in their Under-23s team.

A £120,000 investment came from the Premier League, The FA and Sport England with additional funds from Side-On, the foundation created in honour of Ehiogu, as well as the school.

The Tottenham Hotspur Foundation is delivering Premier League Kicks sessions at the new facility and local community groups are also eager to start using the pitch to help youngsters develop and boost their physical activity levels.

"It's been a real privilege being at the opening of the mini-pitch," said Walker-Peters. "I wish I had something like this when I was growing up - it's a fantastic facility for children in Haringey."

Emma Murray, headteacher of Seven Sisters Primary School, added: "This new facility is going to allow our children to play sport every day and we would like to thank all funding partners for their generosity and support."