More than 25,000 primary schoolchildren were inspired by the Premier League's Writing Stars poetry competition on diversity. 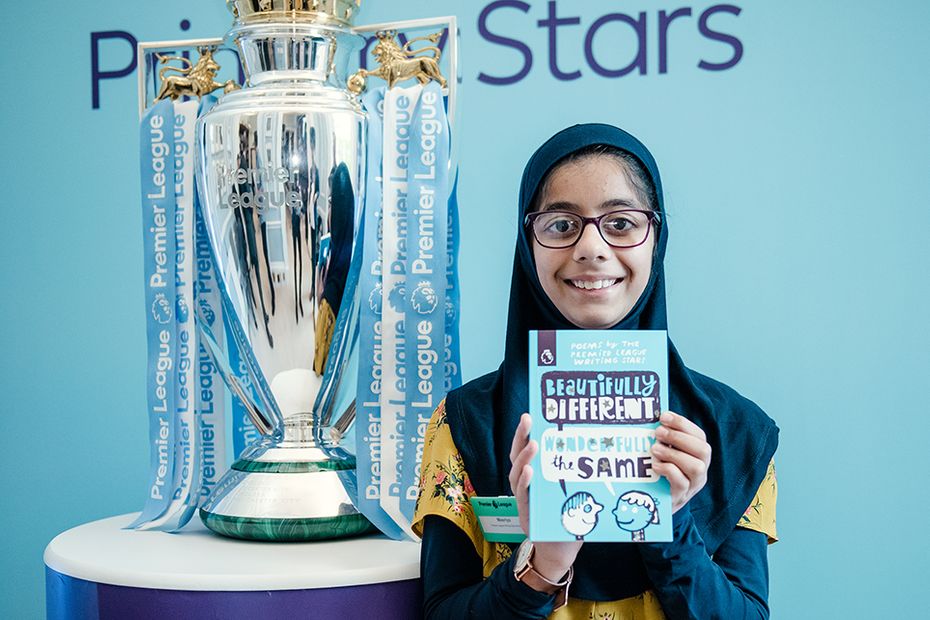 Ten-year-old Maariya proved she is no 'Ordinary girl from Birmingham' after being named the Premier League Writing Stars poetry competition national winner at Key Stage 2 (7-11-year-olds) for her brilliant poem themed on diversity.

She was among more than 25,000 primary schoolchildren who wrote poems for this year's Writing Stars competition, which was judged by Waterstones Children's Laureate Lauren Child, former Premier League footballer Rio Ferdinand, singer and songwriter Olly Murs and poet Joseph Coelho.

The quartet selected pupils from Class 1 at St. Finbar's Catholic Primary School in Liverpool as the Key Stage 1 (5-7-year-old) winners.

All of the winning and highly commended poems, as well as some penned by friends of the Premier League, have been published in a limited-edition book titled Beautifully Different, Wonderfully the Same.

Writing Stars is one of the competition elements of the Premier League Primary Stars education programme which uses the appeal of professional football clubs to inspire primary schoolchildren to learn, be active and develop important life skills.

79 per cent of primary schools in England (16,400+) engaged in Premier League Primary Stars