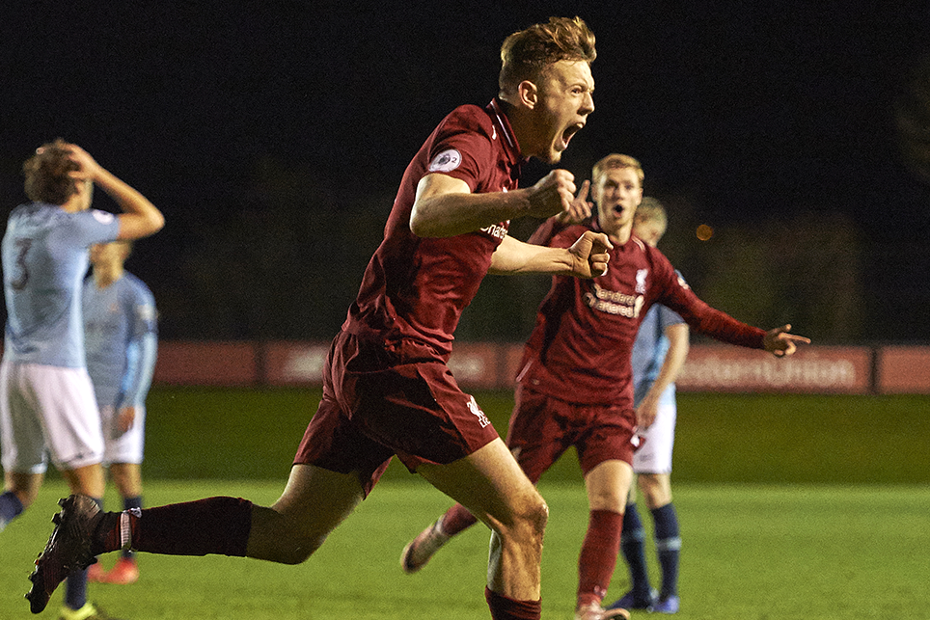 George Johnston scored with five minutes remaining to rescue a 1-1 draw for Liverpool against Manchester City in Premier League 2 Division 1.

Liverpool striker Glenn McAuley had two efforts ruled out for offside before City went ahead on 63 minutes, when Taylor Richards finished beneath Shamal George.

The hosts were level in the 85th minute, when a pass from Adam Lewis found Johnston, who flicked the ball over City goalkeeper Daniel Grimshaw.

A fourth consecutive draw means Liverpool drop to sixth with 22 points. City, who ended a run of three straight defeats, are a place and a point worse off.