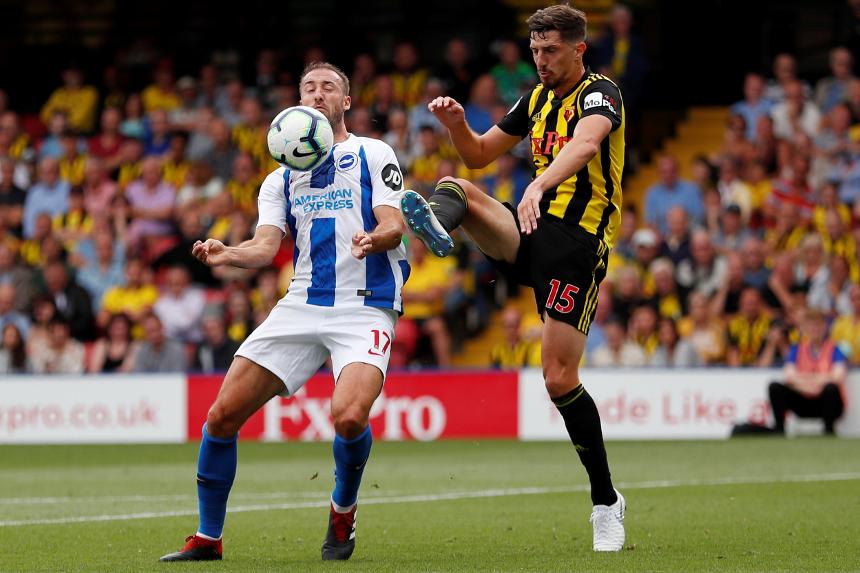 Hughton: Let's use Tuesday to motivate us External Link

Gracia: “If We Play To Our Level We Have Options To Win” External Link

Brighton & Hove Albion are aiming to avoid a fourth straight Premier League defeat as they host Watford, who are searching for their first win in three matches.

Alireza Jahanbakhsh and Bernardo have returned to training for Brighton & Hove Albion and may be involved on Saturday.

However, Jose Izquierdo is still sidelined by injury.

Watford pair Troy Deeney and Roberto Pereyra picked up knocks during Wednesday's defeat at Tottenham Hotspur, but lasted the full 90 minutes and are expected to travel to the south coast.

Christian Kabasele is fit again but Kiko Femenia (hamstring), Sebastian Prodl (knee) and Abdoulaye Doucoure (knee) are all still out.

Brighton have never lost a PL match in February (W2 D1). They are one of just two teams to be unbeaten in a single month in the competition’s history, along with Blackpool, whose record in December is W2 D0 L0.

Brighton's Glenn Murray has reached double figures for PL goals in back-to-back seasons, having scored 12 in 2017/18 and registered with 10 of his 17 shots on target this term.

Watford defender Craig Cathcart has scored in consecutive PL matches, having previously only found the net in three out of 108 matches in the competition.

This will be Javi Gracia’s 39th PL match in charge of Watford, more than any other manager for the club in the competition.