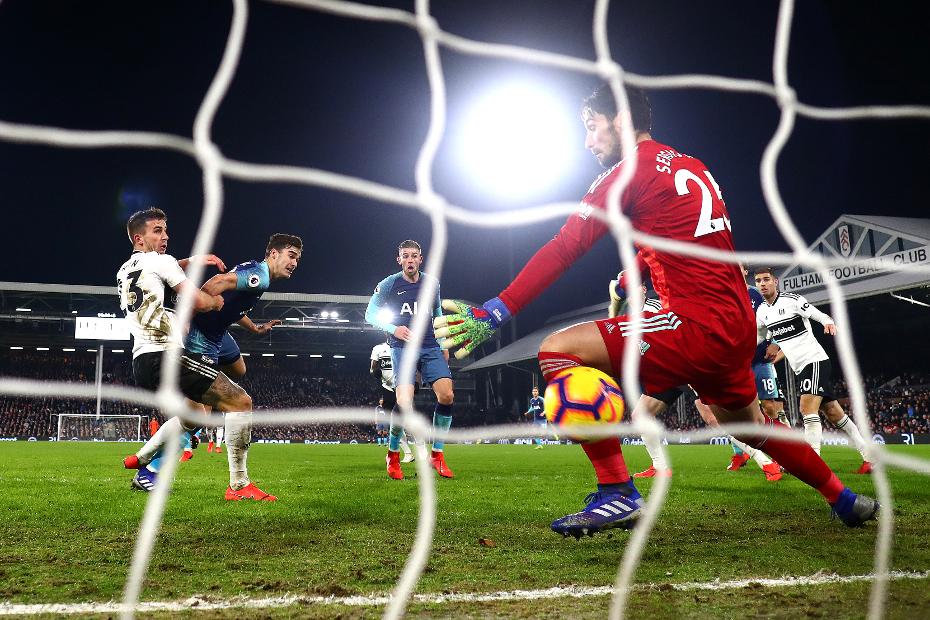 Stoppage-time goals have impacted number of draws, with 2018/19 on course for the lowest number in PL history

Harry Winks's last-gasp winner for Tottenham Hotspur at Fulham was evidence that Premier League clubs are refusing to settle for a point more than ever this season.

The midfielder clinched a 2-1 victory in stoppage time on Sunday, meaning that after 230 matches of the 2018/19 campaign only 88 have have been drawn.

This ratio of 38.3 per cent of matches ending level, if continued over the course of the season, would beat the record of the lowest number of draws, set in 2005/06.

Then there were a mere 154 draws, eight more than the total forecast for this season.

Indeed, the trend appears to show a reduction in the number of draws in general.

Three of the campaigns to have produced the fewest draws have occurred in the last six seasons.

Five seasons with most draws

This season's phenomenon can be partly explained by the large number of stoppage-time winners.

Winks's header at Craven Cottage was the 13th winning goal this season to be scored in the 90th minute or later.

It was also the third of the weekend, after Diogo Jota's strike for Wolverhampton Wanderers and Sadio Mane's effort for Liverpool.

Spurs' late win meant that, remarkably, they have yet to draw a single PL fixture this season after 23 matches.

This is already a record for the longest start to a campaign without a draw, eclipsing Bolton Wanderers' 18-match run from the beginning of 2012/13.

Spurs are on course to beat the record for the team with the fewest draws in a season, held by Chelsea, who had only three in 1997/98 and then again in 2016/17.

Fewest draws in a PL season

Manchester City could also threaten the mark, having only drawn two of their PL matches so far. The next lowest are Liverpool and AFC Bournemouth, who have tied three apiece.

By contrast, Southampton have recorded the most this season, finishing seven of their matches all-square.