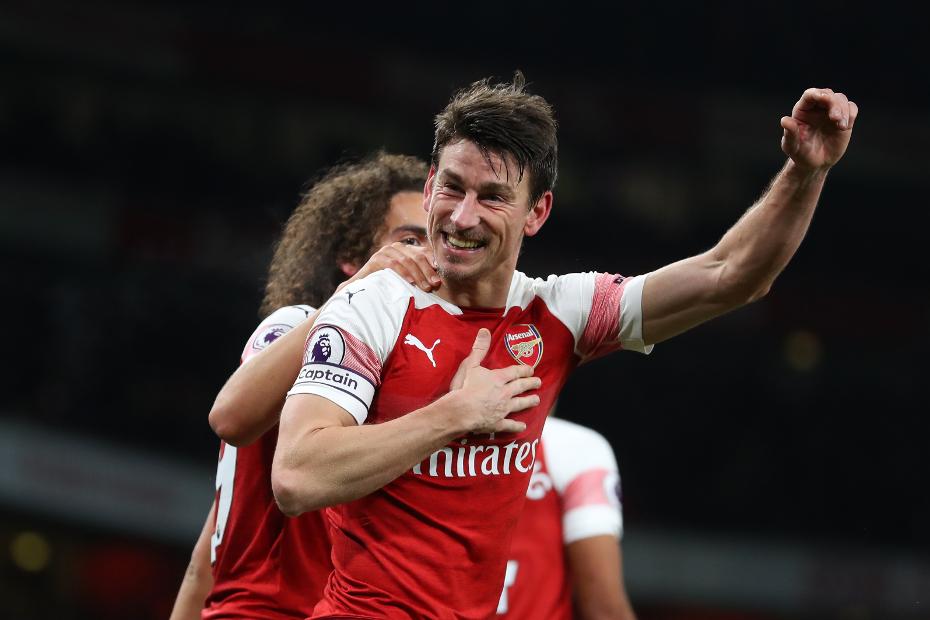 Koscielny - This clean sheet is good for our head External Link

Laurent Koscielny scored his first goal since his return from injury to as Arsenal boosted their top-four hopes with a 2-0 win over Chelsea at Emirates Stadium.

Arsenal took a deserved lead on 14 minutes when Hector Bellerin's cross was controlled by Alexandre Lacazette, who superbly found room to fire into the roof of the net from an acute angle.

Koscielny made it 2-0 six minutes before the break. The Frenchman got on the end of a miscued volley from Sokratis to score past Kepa Arrizabalaga via his shoulder.

Marcos Alonso hit the post for Chelsea shortly before half-time, while Koscielny did well to block a fierce shot from substitute Ross Barkley.

Bellerin was taken off on a stretcher after injuring his knee, but the Gunners held on.

The win means Arsenal are fifth on 44 points, level with Manchester United and now only three behind Chelsea in fourth.