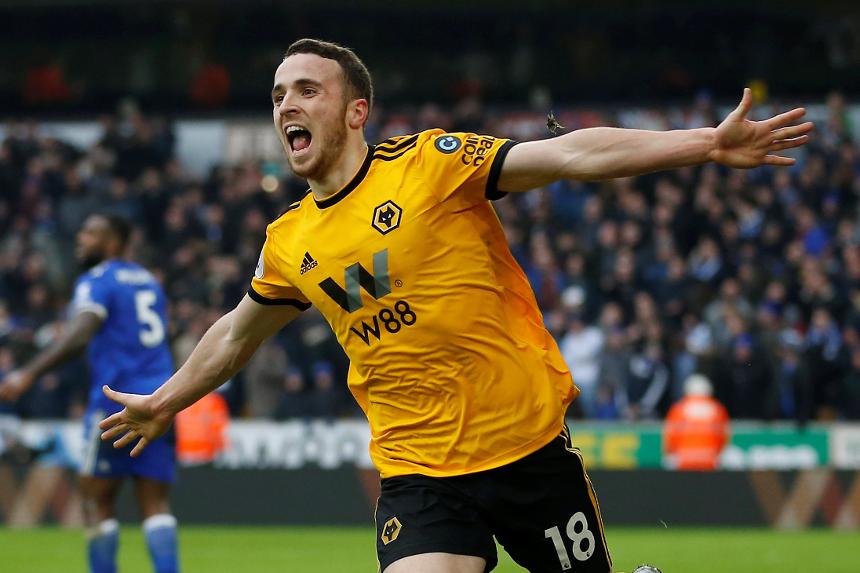 'Jiménez Has Been Fantastic For Wolves' External Link

Diogo Jota struck deep into stoppage time to complete his hat-trick and snatch victory for Wolverhampton Wanderers against Leicester City in a pulsating seven-goal thriller at Molineux.

Jota netted the opener from Joao Moutinho's cross after four minutes, and eight minutes later it was 2-0 when Ryan Bennett headed in after out-jumping Harry Maguire.

Two minutes after half-time Gray raced clear to tuck a fine finish beyond Patricio, and Harvey Barnes's shot, on his first Premier League start, was deflected in by Conor Coady on 51 minutes.

Neves set Jota free to make it 3-2, before a towering header by Morgan levelled the match with three minutes left.

Jota, though, had the last word, prompting jubilant celebrations and the dismissal of Wolves head coach Nuno Espirito Santo, who had entered the field of play to join in.

Wolves climb to eighth on 32 points, a point and a place above today's opponents..