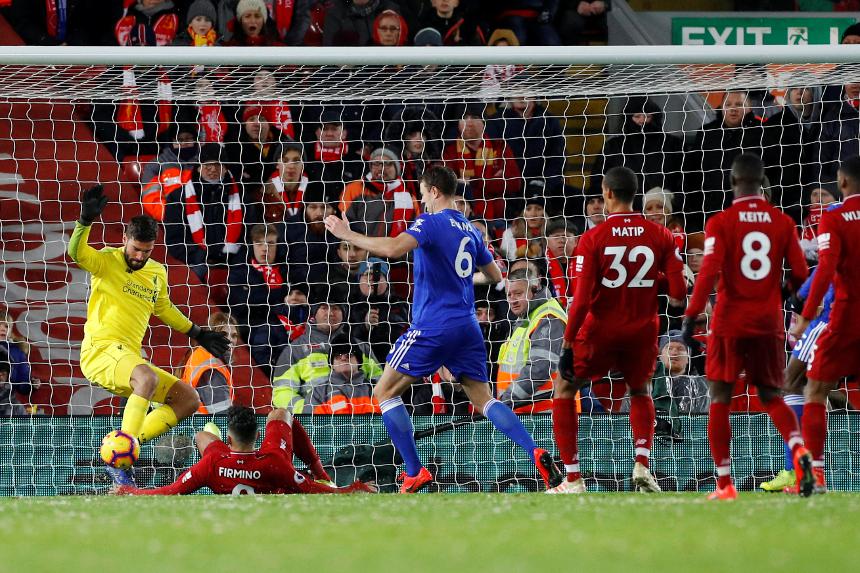 Liverpool missed the chance to open up a seven-point lead over Manchester City at the top of the Premier League as they were held to a 1-1 draw by Leicester City.

They looked on course for an eighth successive home league win when Sadio Mane put them ahead in the third minute.

But Jurgen Klopp's side were unable to build on that positive start and the Foxes forced their way into the match.

James Maddison missed a presentable chance to equalise before Harry Maguire put them level in the second minute of first-half stoppage time.

Maddison came close again after the break before Kasper Schmeichel denied Liverpool's Roberto Firmino at the other end.

The Reds nonetheless extended their lead over second-placed City to five points, while Leicester dropped to 11th place despite earning a valiant point.