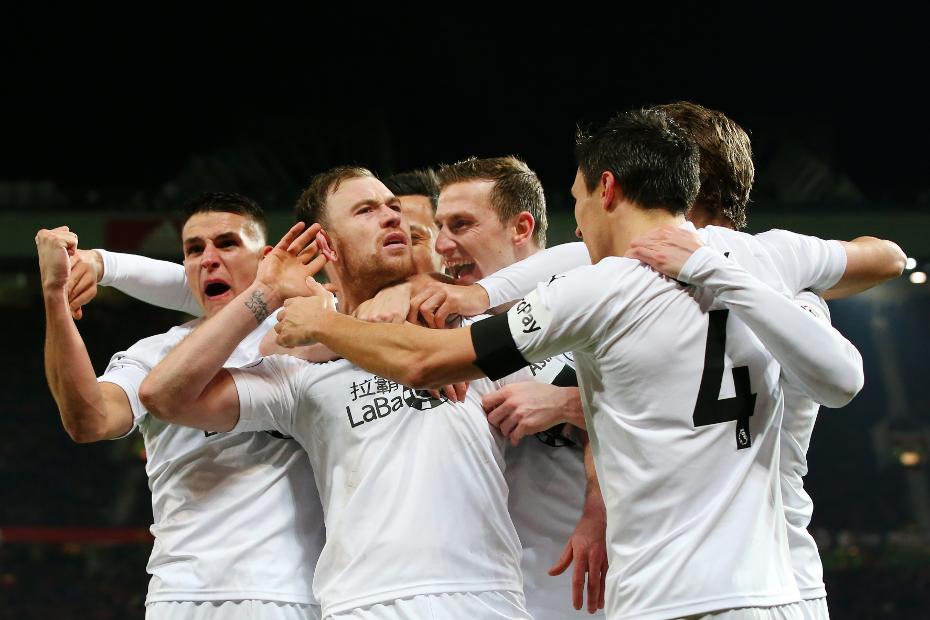 After a first half of few chances, Burnley took the lead after 51 minutes when Ashley Barnes fired in from Jack Cork's pass.

Chris Wood doubled their advantage when he headed in Ashley Westwood's 81st-minute cross.

But Paul Pogba pulled a goal back for Man Utd with an 87th-minute penalty, after a foul on Jesse Lingard.

In stoppage time, Victor Lindelof equalised with his first goal for the club after Alexis Sanchez's effort had been saved.

Man Utd are sixth with 45 points, while Burnley move up to 15th on 23 points.