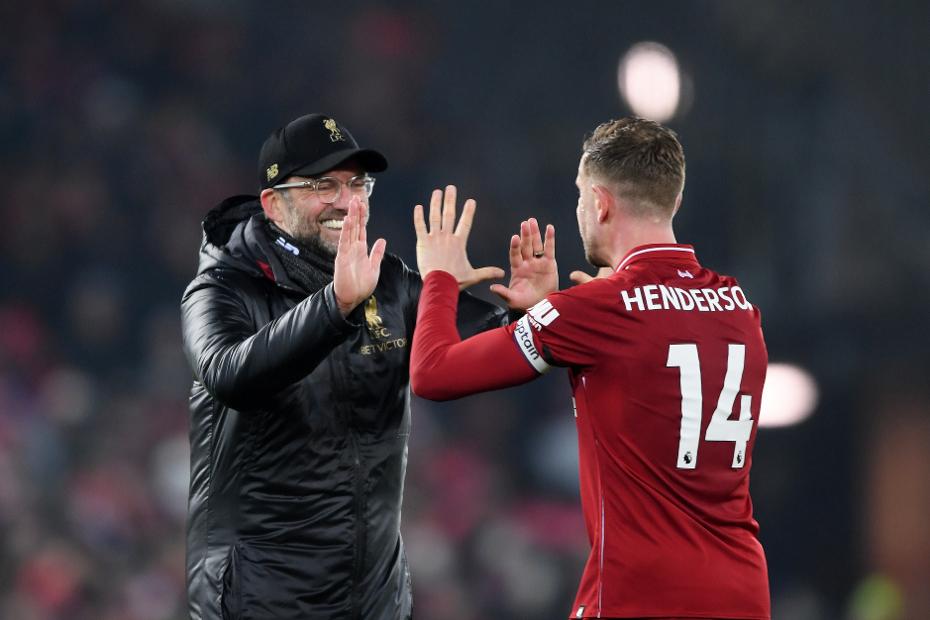 Liverpool know a victory will take them seven points clear of Manchester City and go into this match having won 11 of their last 12 Premier League matches. Leicester City have lost three of their last four.

Liverpool's Virgil van Dijk, Fabinho (both illness) and Georginio Wijnaldum (knee) are back in contention after returning to training.

Trent Alexander-Arnold, Alex Oxlade-Chamberlain (both knee) and Joe Gomez (ankle) are out, as is the suspended James Milner.

Leicester's Harry Maguire (leg) is fit, with Daniel Amartey (ankle) their only absentee.

Liverpool are unbeaten in their last 32 home Premier League matches (W23 D9), the longest such run in the division since Manchester City went 37 without defeat between December 2010 and December 2012.

Only Andrew Cole, with 11, and Thierry Henry, with eight, have scored more Premier League goals against Liverpool than Leicester’s Jamie Vardy, who has done so seven times.

The Foxes have not lost three in a row in the competition since February 2017 under Claudio Ranieri.