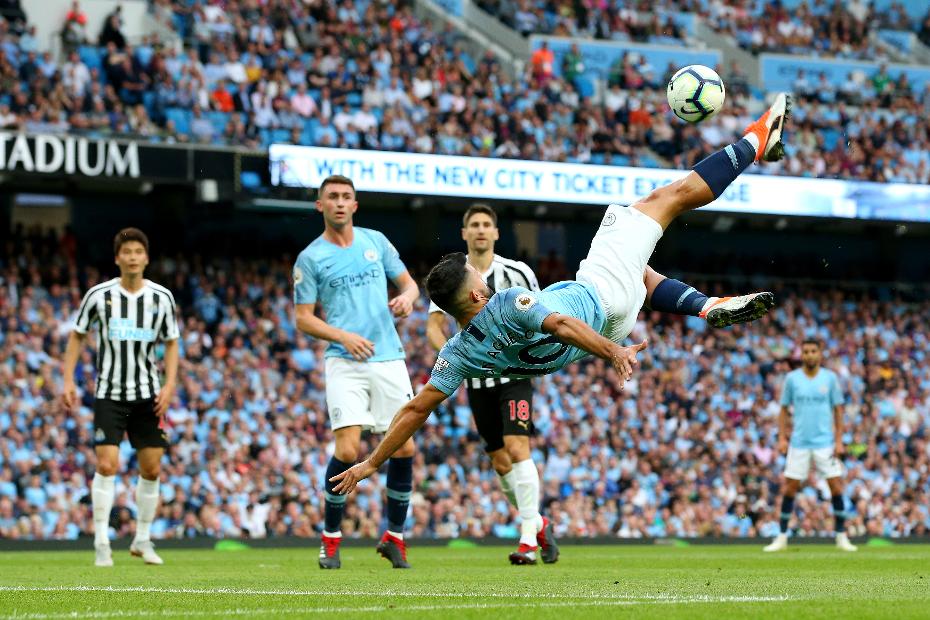 Pep: We have to be faultless External Link

Newcastle United are seeking back-to-back Premier League wins for the first time since November, while Manchester City are attempting to win their fifth match in succession, which would take them to within a point of leaders Liverpool, who play the following evening.

Newcastle forward Joselu (ankle) is out with an ankle injury while Yoshinori Muto remains on Asian Cup duty.

Pep Guardiola says Benjamin Mendy (knee) is "much better" and could feature for Man City after missing the weekend's FA Cup match but Vincent Kompany (muscle) is out.

Manchester City are unbeaten in 22 Premier League matches against Newcastle, their longest such run against any side in the competition.

Newcastle have won four of their last six home PL matches against sides starting the day in the top two, losing against Arsenal in December 2013 and Man City in December 2017.

Man City striker Sergio Aguero has scored 14 goals in his 12 Premier League appearances against Newcastle – more than any player has scored against an opponent for a single club in the competition's history.

Newcastle's three goals against Cardiff City in their last Premier League match were more than they had managed in their previous five in the competition. It was also the first time they had scored more than twice in a league match this term.