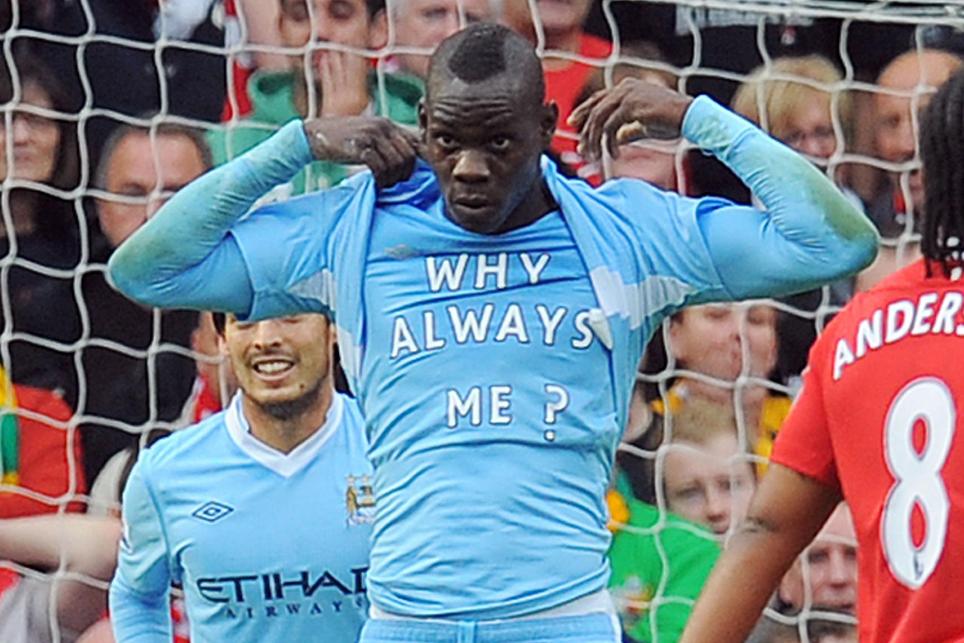 It is one of the most famous goal celebrations in Premier League history and, for the first time, how Mario Balotelli came to wear his "Why always me?" T-shirt for the Manchester derby has been revealed by the man who printed it.

After he scored the first goal of Manchester City's 6-1 win over United at Old Trafford in October 2011, Balotelli lifted his shirt to reveal the now famous question, seemingly relishing the unique, attention-grabbing approach the Italian took to life on and off the pitch.

Ahead of the latest edition of the derby at Old Trafford, Les Chapman, City's kit man at the time, has lifted the lid on how the shirt came about, revealing that "Why always me?" was not Balotelli's first choice and how the striker paid for ignoring his advice.