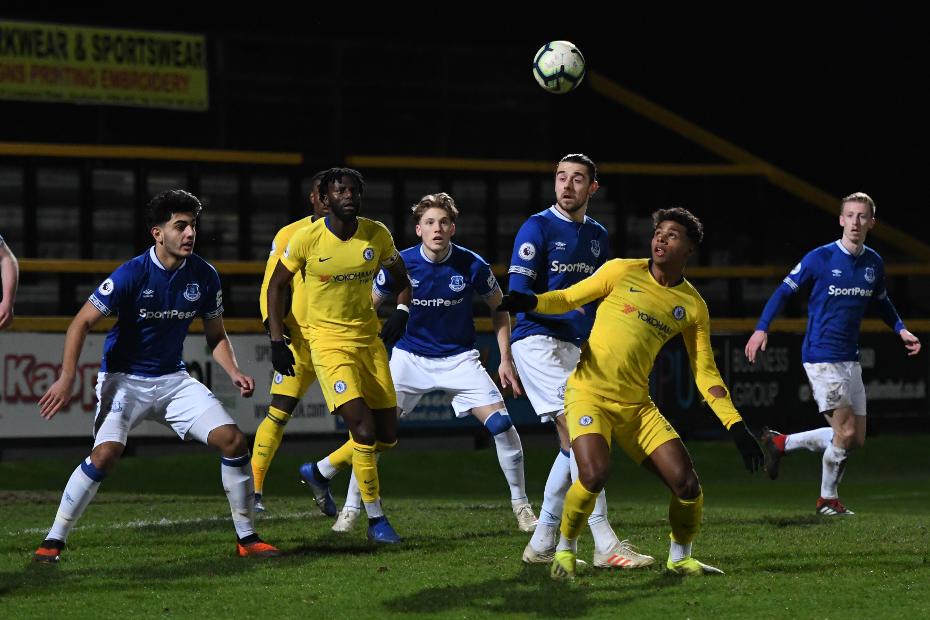 Fraser Hornby marked his first start in three months with a goal as Everton beat 10-man Chelsea 2-0 to remain on top of Division 1.

Chelsea captain Richard Nartey was sent off for a challenge on Bassala Sambou in the 16th minute before Hornby, who had been out of the starting XI since 5 October following ankle surgery, opened the scoring.

Sambou wrapped up the victory from the penalty spot in the 75th minute, after Hornby had been fouled by Marc Guehi.

The victory puts Everton on 28 points, one above second-placed Leicester City, who beat Swansea City 3-0. Chelsea slip to sixth place on 21 points.

Elsewhere, Arsenal ran out 5-1 winners over Manchester City with the help of a brace from Bukayo Saka.