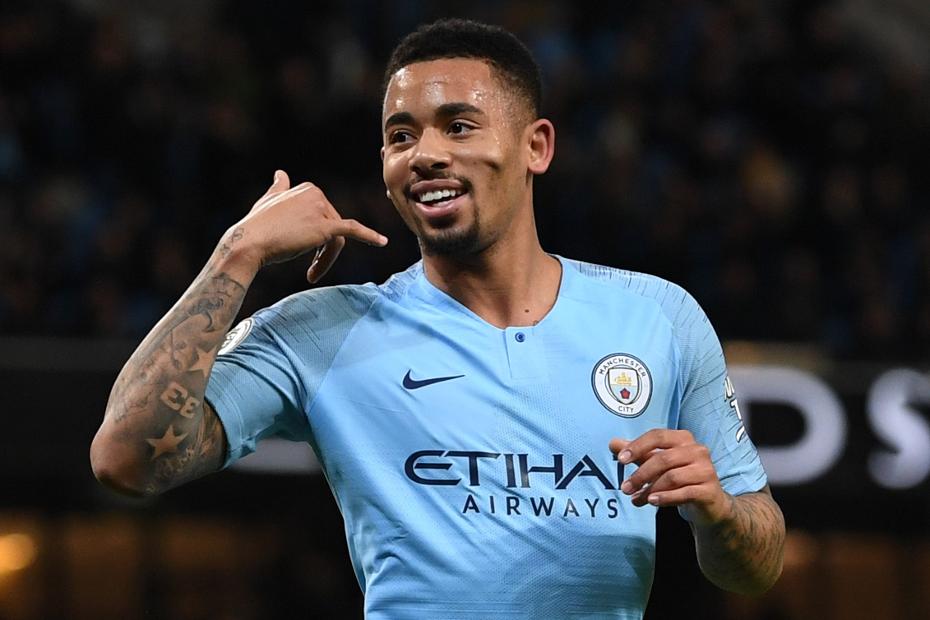 Manchester City closed the gap on leaders Liverpool as Gabriel Jesus inspired them to a 3-0 victory over 10-man Wolverhampton Wanderers.

Man City took the lead after only 10 minutes, with Jesus tapping in Leroy Sane's cross from six yards out. Nine minutes later Wolves were reduced to 10 men when Willy Boly was dismissed for a dangerous challenge on Bernardo Silva.

Jesus added a second goal six minutes before half-time, finding the net with a penalty after Raheem Sterling had been brought down by Ryan Bennett.

City dominated play in the second half and victory was sealed with 12 minutes to go, when substitute Kevin De Bruyne's cross was diverted into his own net by Wolves defender Conor Coady.

Second-placed City are again four points behind Liverpool while Wolves drop to 11th, one point behind Everton in 10th.