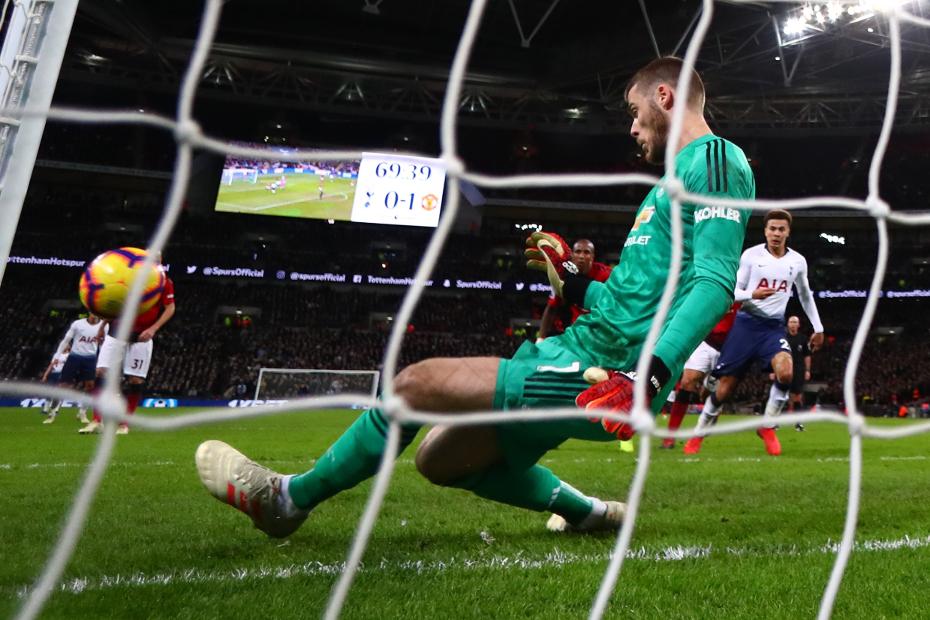 Alan Shearer says David De Gea's heroics against Tottenham Hotspur showed he is the "best goalkeeper in the world".

The Manchester United No 1 kept Spurs at bay on Sunday with 11 saves that ensured his team came away from Wembley with a 1-0 win.

"By making them [saves] look so easy, it proved he is the best goalkeeper in the world at the moment," says Shearer, the Premier League Champion, in selecting the Spaniard in his Matchweek 22 Team of the Week.

"He is the best goalkeeper in the world at the moment" @AlanShearer had high praise for @D_DeGea, who features in his #PL Team of The Week 👏

Thoughts on his Matchweek 22 picks? 🤔 pic.twitter.com/ZuppzhkktZ

His saves were fundamental to his side's fifth straight league win. By making them look so easy, it proved he is the best goalkeeper in the world at the moment.

Palace may have lost but Wan-Bissaka was superb again. He won his defensive duels, recovered the ball and was a threat for Palace going forward. He was everywhere.

Made crucial interventions to keep his side in it at 0-0 and was unlucky not to score with a header.

Another assured performance. He was solid at the back and marked a fine display with a wonderful through-ball for Pedro’s opening goal.

The Spaniard showed his class with another assist and clean sheet against AFC Bournemouth.

Another influential performance from the Frenchman, including that brilliant pass for Rashford’s winner, and unlucky not to score himself.

Two days before his 20th birthday he showed a maturity beyond his years as he stopped Arsenal and scored a wonderful first Premier League goal.

An outstanding energetic display from the winger, who was a threat throughout and scored a brilliant goal.

Another match-winning goal from a player who is thriving under the tutelage of former United striker Ole Gunnar Solskjaer.

Gave a typical tireless display up front for 10-man Southampton, winning a penalty and scoring the decisive second.

The Brazilian justified his selection ahead of Sergio Aguero with two goals to take his tally to 12 in his last eight in all competitions.

Answered those who thought he might struggle when pitted against a top team.