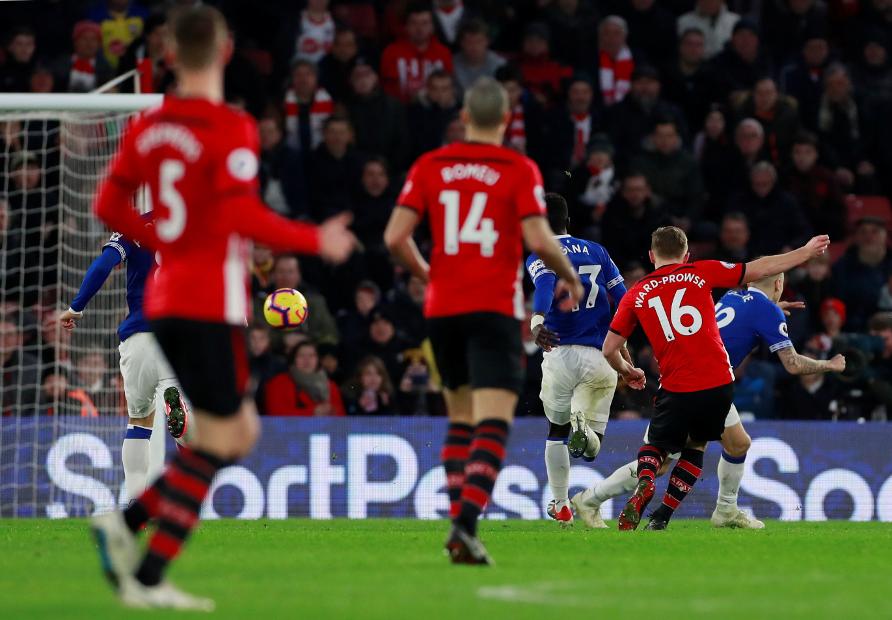 James Ward-Prowse was on target as Southampton earned a 2-1 win over Everton at St Mary's Stadium.

Southampton had dominated early possession and twice hit the woodwork in the first half, through Nathan Redmond and a deflected Danny Ings effort.

Five minutes after the break, Ward-Prowse opened the scoring when he collected the ball on the edge of the box and hit a powerful effort beyond Jordan Pickford.

On 64 minutes, an own goal from Lucas Digne doubled Southampton's advantage. Ings played in Redmond and his touch ricocheted in off the defender from range.

Everton pulled a goal back in added time when Gylfi Sigurdsson found the bottom corner.

A first win in four matches moves Southampton up to 15th on 22 points. Everton drop to 11th with 30 points.