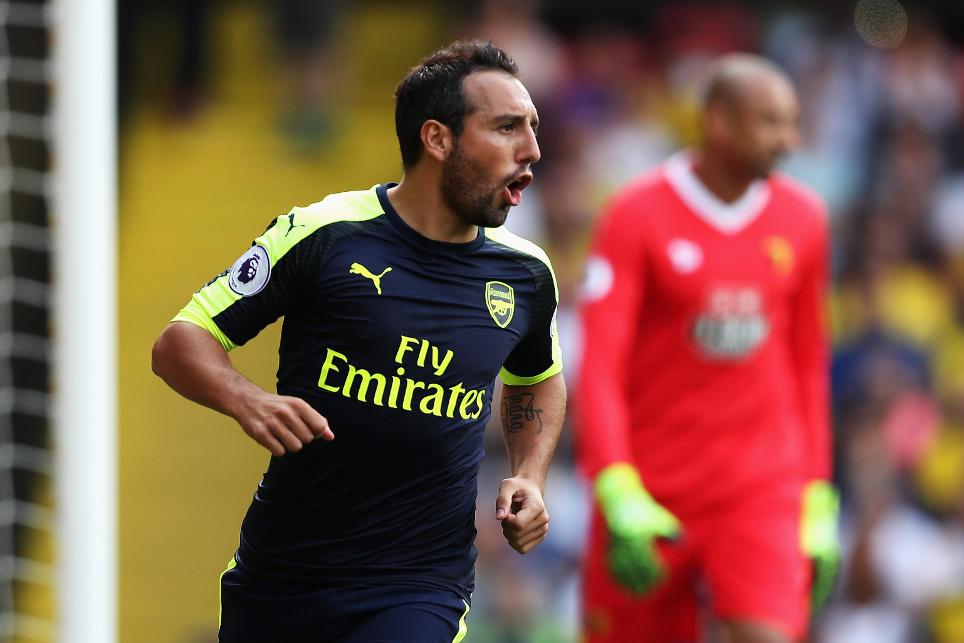 Arsenal's resurgent playmaker can overshadow Mesut Ozil and Alexis Sanchez, according to The Scout

'Lucas is uncomfortable to play against' External Link

After seeing his Arsenal side fall 3-1 behind at home to Liverpool in the opening round of fixtures, Arsene Wenger turned to Santi Cazorla (£7.6million) in an attempt to spark a revival.

Emerging from the bench early in the second period, the Spaniard provided two assists within 15 minutes, cementing a role in the Gunners’ starting XI for the subsequent trips to Leicester City and Watford.

Wenger's first-choice penalty-taker opened his account for the campaign via the spot in the Gameweek 3 win at Vicarage Road. With two bonus points also accrued, he currently sits on 19 points - only two behind team-mate Alexis Sanchez (£11.0m).

Arsenal record a score of only 11 on the Fixture Difficulty Ranking (FDR) over their next seven Gameweeks, with a value of one assigned to five of those seven fixtures.

Wenger's outfit face away days at Hull City, Burnley and Sunderland, with Swansea City and Middlesbrough due at the Emirates.

Only visits from Southampton and Chelsea are deemed as tricky encounters by the FDR between Gameweeks 4-10.

Investment in the Gunners' main men looks a potentially profitable tactic, with Sanchez the most in-demand following his goal and two assists against the Hornets.

More than 144,000 Fantasy Premier League managers have acquired the Chilean so far in the Gameweek, with Mesut Ozil (£9.5m) next in line on 79,000+ transfers in after also finding the net at Vicarage Road.

Considering that Sanchez and Ozil occupy two of the four attacking positions in Wenger's 4-2-3-1 set-up, Cazorla, who is stationed in the double-pivot, has remained relatively unnoticed and sits in only 4.3% of FPL squads.

The recent addition of Granit Xhaka (£5.4m) looks set to afford the Spaniard greater license to forage forward - indeed, he made more successful passes (16) in the final third than any Arsenal player against Watford.

After a long-term injury limited him to only three assists last season, Cazorla looks to have played his way back onto Wenger's team sheet.

Having averaged 167 points over the three seasons prior to last term’s injury-hit campaign, history suggests he could provide FPL managers with an excellent value-for-money alternative to the premium-priced Sanchez and Ozil.