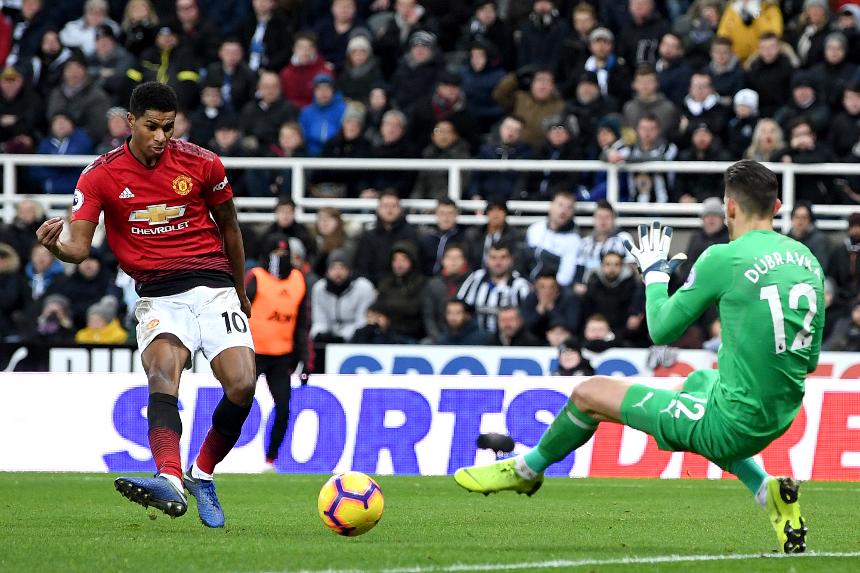 While much focus has been on the renaissance of Paul Pogba since the appointment of Ole Gunnar Solskjaer at Manchester United, Marcus Rashford is another player thriving under the caretaker manager.

Even before Solskjaer took over from Jose Mourinho last month, Rashford had shown the form that helped earn him a nomination for the EA SPORTS December Player of the Month.

Solskjaer's commitment to the attacking play that United enjoyed when he was a player there has taken Rashford's attacking returns up a level.

"Pace and power, Man Utd, that's what we are," Solskjaer said recently. "When you have players, like we have, with pace ... that's how we played with Andy [Cole] and Yorkie [Dwight Yorke] with Giggsy [Ryan Giggs] and Becks [David Beckham] down the sides.

"We attacked quickly and that's my philosophy as well."

As the graphic below shows, Rashford has taken a more central role under Solskjaer against Cardiff City, Huddersfield Town, AFC Bournemouth and Newcastle United than in his last two matches under Mourinho, against Fulham and Liverpool.

He has also taken up a more advanced role in his matches under the Norwegian.

That is backed up by statistics highlighted by Sky Sports, where he is producing more shots and double the number of touches in the penalty area than under Mourinho.

When taking over as caretaker manager Solskjaer had said that he would work on the 21-year-old's finishing.

"Maybe I can give him a little bit of that nous that I had in the box - your movement to get free, that little bit of calmness in front of goal," Solskjaer told the club’s official website.

"I've seen him rush a few finishes like, 'I really need to get a shot off early.'

So, Rashford's calm, close-range finish to make it 2-0 at Newcastle pleased the Norwegian as well as another United legend, Paul Scholes.

"Marcus showed a bit of composure," Scholes said. "It's what he doesn’t always show but he is coming into his own, showing a bit of maturity and it was a lovely finish."

Rashford's recent displays also demonstrate the energy and speed he brings to United.

He made 23 sprints against AFC Bournemouth, the most of any players on the pitch, despite being withdrawn after 70 minutes. He repeated this at St James' Park, again topping the charts, and was No 1 for speed, hitting 33.4km/h.

Rashford ranked top for sprints also in the victory over Huddersfield Town and was second only to Ashley Young during the away win at Cardiff City.

With Romelu Lukaku back to fitness and also firing in the goals, Solskjaer can approach his biggest test since his return, Sunday's trip to Tottenham Hotspur, with the wealth of attacking verve and options that was the hallmark of United 20 years ago.